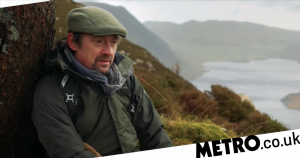 Richard Hammond has emotionally opened up on how he heard his wife screaming when he was in a coma, and how that woke him up.

In 2006, the now-52-year-old was filming an episode of Top Gear programme at Elvington airfield near York when the front-right tyre of the Vampire Dragster he was driving failed while going at 319mph.

The presenter was in a coma for two weeks and suffered a brain injury, in addition to experiencing post-traumatic amnesia from the incident.

In a new video posted online by DriveTribe, the social media website launched by Richard and his Grand Tour co-stars Jeremy Clarkson and James May, the former Top Gear host shares his ‘personal story’.

Speaking in the video, which was filmed from the Lake District, Richard explained how he was in a coma dreaming of that very same place when he heard his wife.

‘In hospital, in intensive care, things were apparently not looking very good, but I didn’t know, there was a lot of morphine floating around my system’, he shared. 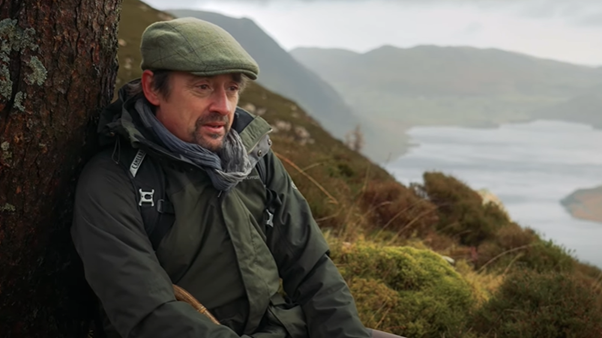 ‘I finally woke and I shared with my wife Mindy a dream I’d been having. A really, really, really vivid one – probably, partly, on a count of the morphine.

‘And in my mind I’d been walking these hills here in the Lake District, overlooking Buttermere.

‘I was having a lovely time strolling along and gradually I got a growing sense of, you know when you know you’re in trouble?’

He added: ‘That feeling grew and grew.’

That sense of being ‘in trouble’ kept growing, Richard said, adding: ‘It grew and grew until eventually in my dream I turned back, I didn’t walk back around this tree and carry on and then I woke.’

‘She had been called into intensive care and told ‘Mrs Hammond, I’m really sorry. Things aren’t looking good… we’re going to lose him.”’

Those words prompted Mindy to shout at Richard while he was in the coma, ‘and she did.’

‘Apparently she roared and screamed and swore at me “don’t you dare die”.

He added in the emotional video: ‘My last thought took me somewhere I love and somewhere I’m happy.

‘And that last thought, if I had shut down and stopped, would have echoed, as far as I was concerned, for all of eternity. And I’ve found immense comfort from it ever since.

‘So I’m not scared of this old tree. I pass it regularly, most months I come up here and walk, and every time I pass it, I do feel comforted. I know it’s where I’ll go.’

He later shared the video to social media, writing: ‘Felt risky making this video; it’s very personal. But I hope it means something to you.’

Fans showered him in praise for opening up, with one person writing: ‘watched this sat in a Tesco car park, in between meetings today. I’m not in a good place mentally right now, so this made me cry. Really cry. Like so much I couldn’t drive off for a good half hour. But it also really uplifted me. Thank you so much for sharing.’

Another penned: ‘Thank you for this video Richard. It is an amazing recollection of how our mind is working and how important it is to be at a peaceful stage in our lives. You were in a good place in life, and your mind brought you to a good serene place in that time. Also, your wife is a champ.’