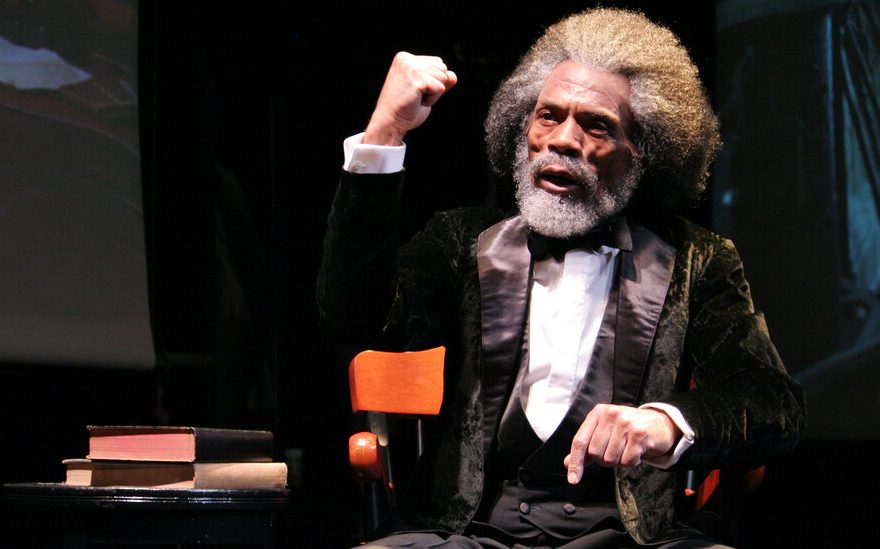 In another time, the highly anticipated spring season of Broadway would be beginning. Performers would be dropping their scripts, fans would be planning their show schedules and reviewers would be sharpening their pencils. Sadly, Broadway and many theaters around the world are in the longest pause in history, but an effort to keep the industry alive has major stars taking to the virtual stage and much-lauded past productions available for streaming. These productions can’t compare with the energy of a full theater, but what they make up in accessibility is something that can’t be underestimated. The theater community is experiencing a devastating loss right now, but its ability to innovate, invent and continue to create joy gives great hope for what will return.

‘Medea’
The startling exclusion of Michaela Coel’s “I May Destroy You” from the Golden Globe nominations has only drawn more attention to the once-in-a-generation talent of the performer, director and writer. Among the current streaming offerings of the National Theater in London is its 2014 production of “Medea,” which stars Coel as the nurse to Helen McCrory’s title character in the celebrated story of a wife’s revenge on her straying husband. The production also features an intense score from Will Gregory and Alison Goldfrapp, the pairing behind the musical duo Goldfrapp. Available to stream for three days for $9.99. ntathome.com/products/medea

‘25 Years of Rent: Measured in Love’ If your kids think “Hamilton” was the first musical to transcend the genre, introduce them to the 1996 cult success that ran for over a decade. New York Theater Workshop’s annual gala will celebrate the 25th anniversary of “Rent” with a virtual concert that brings together an impressive assemblage of the show’s original cast, including Idina Menzel, Daphne Rubin-Vega, Jesse L. Martin and Anthony Rapp. They’ll be joined by an all-star lineup of “Rent” fans including Neil Patrick Harris, Lin-Manuel Miranda, Billy Porter and Jeremy O. Harris. The program will also honor the “Rent” creator Jonathan Larson, who died at 35 on the morning of the show’s first performance. March 2, 8 p.m. Eastern, and available to stream until March 6. Tickets begin at $25. nytw.org/

The streaming service BroadwayHD has hundreds of live performances (available for a monthly fee of $9 or $100 for the year). But a particular gem in the mix is Elaine Stritch’s raucous 2001 autobiographical show, which combines stories about her unique life with some of her most adored songs, most notably “The Ladies Who Lunch” from “Company.” This bio show, which was filmed at London’s Old Vic in 2002, recounts her Broadway victories, as well as her struggle with alcoholism and her many rocky romances. broadwayhd.com/movies/AW2GxBd-px3F9_4Aqe1K

‘Frederick Douglass: Mine Eyes Have Seen the Glory’

As part of Black History Trilogy, a series of virtual productions from Flushing Town Hall, in Queens, the 2019 Tony winner André De Shields will portray Frederick Douglass in a stirring one-man performance. The transcendent “Hadestown” star also wrote the show, which explores the achievements and ingenuity of the abolitionist leader, as well as the darkness and horror that he experienced. The program comes after Flushing Town Hall’s “Divine Sass: A Tribute to the Music, Life and Legacy of Sarah Vaughan” from Lillias White on Feb. 18. All performances are free. February 26, 7 p.m., flushingtownhall.org/black-history-trilogy-iii

‘An Evening with Ali Stroker from Enlow Recital Hall’

Ali Stroker, who dazzled in her performance in the 2019 revival of “Oklahoma!,” winning a best featured actress Tony for the role of Ado Annie, will appear on the stage of Kean University, in New Jersey, for a night filled with classics from the Great American Songbook. Stroker, the first person who uses a wheelchair to win a Tony, will sing favorites from Stephen Sondheim, Carole King, Rodgers and Hammerstein and Lin-Manuel Miranda during the livestreamed event. February 27 at 7:30. Tickets $25, kean.universitytickets.com