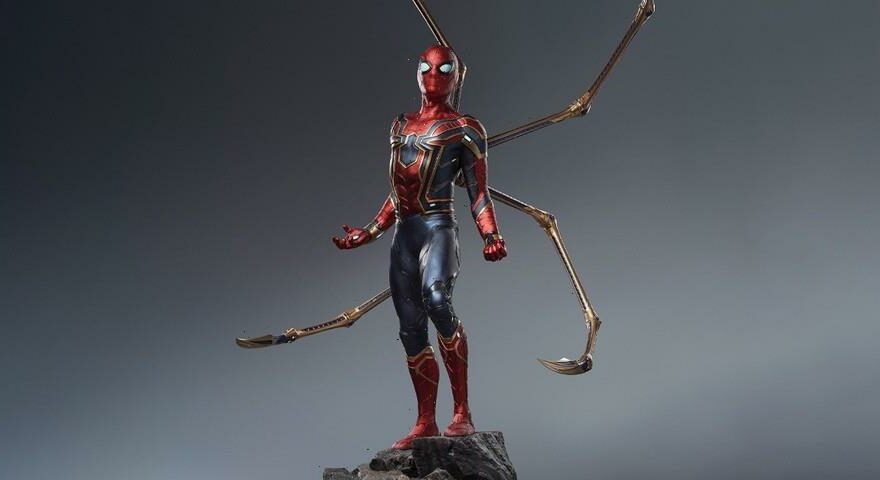 Ever expanding on its range of premium collectibles, Prime 1 Studio has now unveiled a 1:2 scale Spider-Man figure. Depicting his suit from Avengers: Endgame, Peter Parker is seen standing on top of a rocky base in his Iron Spider armor gifted to him by Tony Stark.

All four of his back pincers are engaged and extend outward to create a truly massive statue, complete with light-up red eyes for his “Instant Kill” mode. If you opt for the Premium Edition, you’ll also get an interchangeable head sculpt of Tom Holland‘s character, with its imitation skin made from platinum silicone, glass eyes, and hair that’s painstakingly hand-rooted and styled to look as screen-accurate as possible. You’ll also have two bust stands to display both the masked and unmasked portraits.

For those interested, Prime 1 Studio’s massive 1:2 scale Avengers: Endgame Spider-Man statue will be available for pre-order July 21. Pricing has yet to be announced.