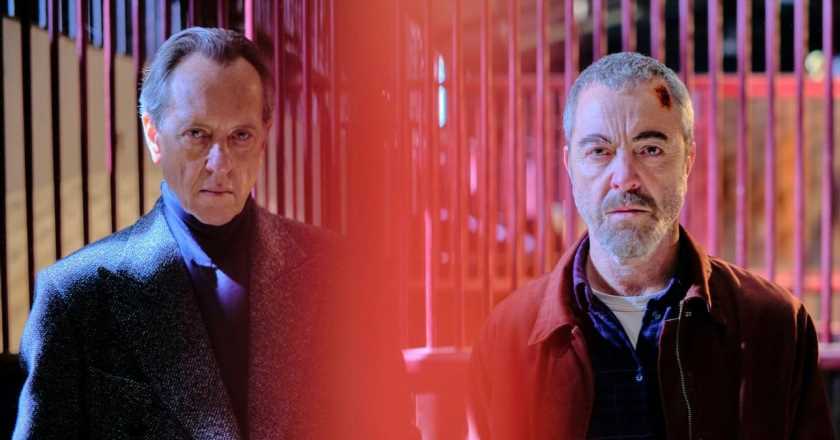 Channel 4 is set to get a new, thrilling crime drama starring James Nesbitt and we honestly can’t wait. Here’s everything we know about Suspect so far.

British crime dramas are continuing to have a very big moment in the world of television – BBC One’s Showtrial enraptured us, ITV’s The Tower had us on the edge of our seats and we’re eagerly anticipating the release of Sky’s Landscapers.

Now, joining the ranks of recent series we’re excited to watch is Channel 4’s Suspect. The gritty drama has a cast of familiar faces and a supposedly simple premise: who did it? We’re set to get our Cluedo hat on as each character suddenly becomes a – you guessed it – suspect in an inexplicable murder case.

Here’s everything we know about the upcoming drama so far.

Winter TV: 24 of the best shows and films to watch while you cosy up for a night in

What is the plot of Suspect?

According to the Channel 4 synopsis:

“When veteran detective Danny Frater (James Nesbitt) turns up at a hospital mortuary for what he thinks is a routine ID check on a young woman’s body, he gets a devastating shock; the corpse turns out to be his estranged daughter, Christina (Imogen King).

“He sets out on a mission for the truth, retracing her last days and hours, in an agonising crusade to discover what really happened to his only child.”

Danny is informed that Christina ended her own life, but refusing to accept that, he uncovers truths and lies that will leave viewers gripped by each episode. After talking to those closest to her, he begins to get a picture of how Christina’s life had descended, which forces him to confront his own failings as a father.

Ultimately though, Danny has to decide who, if anyone, is responsible for Christina’s death.

Who will star in Suspect?

What has been said about Suspect?

Speaking about the series, Nesbitt said: “I could relate to Danny, with his flaws, vulnerabilities and the devastating situation he faces, from the very first moment I picked up the script. Each episode of Suspect is an intensely theatrical double-hander, a psychological battle of wits between Danny and another character who may know something about his daughter’s untimely death, and I really can’t wait to lock horns with my fellow cast members and to lead this incredible array of acting talent.”

Jo McGrath, executive producer and CCO of Eagle Eye Drama, also commented: “Suspect has a distinctive narrative architecture which is both incredibly intimate and very intense, which represents an exciting challenge for any actor and I’m sure that’s one of the reasons we have attracted such a high calibre, talented cast.”

Is there a trailer for Suspect?

Unfortunately, Channel 4 hasn’t released a trailer for Suspect yet but we’ll of course update you here as soon as it arrives. For the time being, you can see the chilling first-look image here:

When will Suspect be available to watch?

While we do know that Suspect will be available to watch on Channel 4, we don’t currently have a release date. Watch this space for updates.