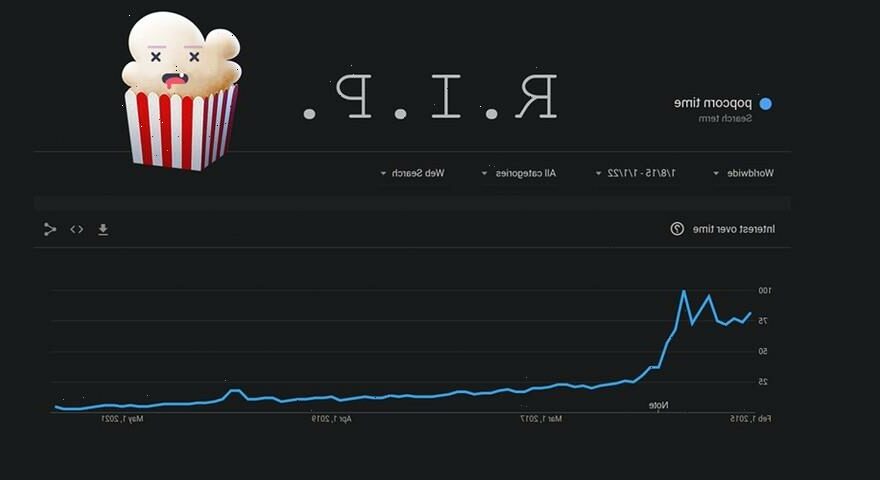 Earlier this week, the developers that launched the video torrenting platform back in 2014 announced that the app has been retired due to a lack of public interest. The Popcorn Time website now shows a playful graphic showing a dead popcorn box and graph illustrating a decline in interest over time.

It is interesting to note, Popcorn Time saw a spike in usage at the start of the COVID-19 pandemic. Thanks to the extensive library found on the open-source project centered around BitTorrent technology with a familiar Netflix-like operating system conveniently worked on iOS, Linux and Windows devices.

Due to Popcorn Time’s free and open-source code, it is possible that a new iteration of the video piracy app could pop up in the future.