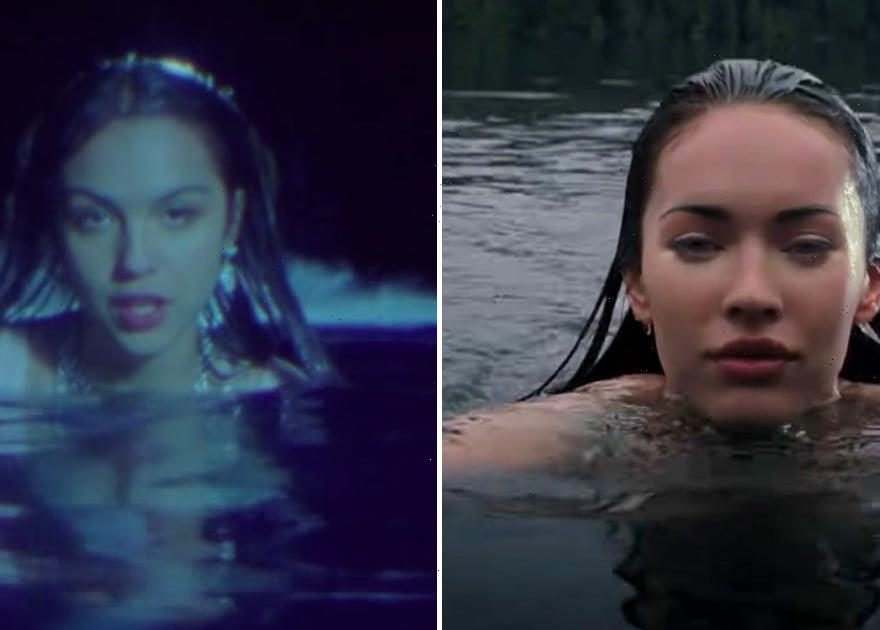 Olivia Rodrigo’s Sour saga continues. On Thursday night, the 18-year-old singer dropped the music video for “Good 4 U” and it’s giving us full-on Jennifer’s Body vibes. The music video starts out pretty ominous with Rodrigo sitting in a room as two men film her on camera. We then get a shot of Rodrigo wearing a cheerleader uniform (that looks a lot like the one from The Princess Diaries) as she struts around the school like she owns the place. However, things quickly take a turn as she sings the bridge and lights her entire bedroom on fire. As if that wasn’t wild enough, it all ends with Rodrigo going into the woods, jumping into a lake, and showing off her fiery red eyes. From the high school setting to the seemingly possessed Rodrigo reveal at the end, each scene seems like a homage to the 2009 horror film starring Megan Fox and Amanda Seyfried. See the biggest similarities between the video and the film ahead.