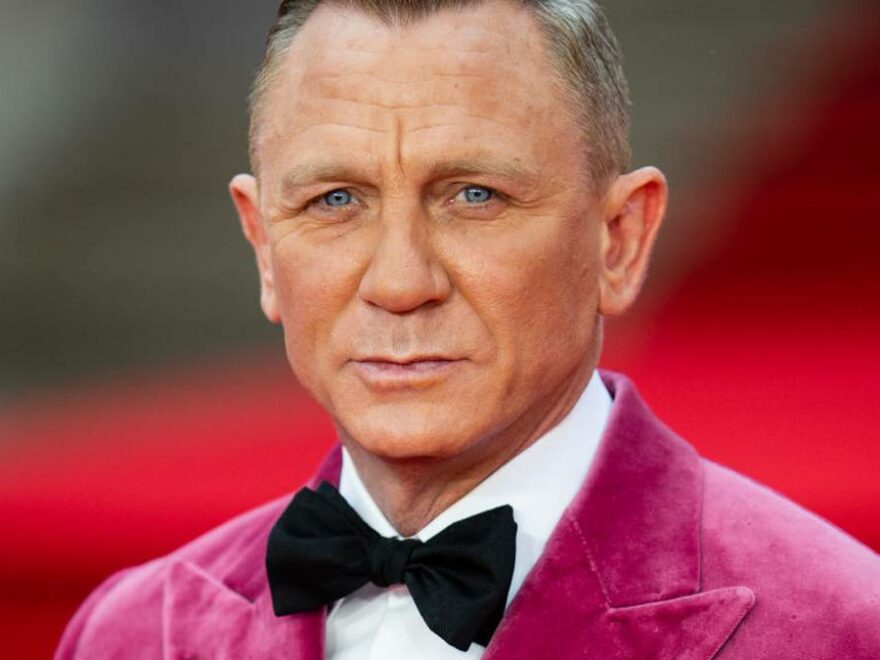 If there was any doubt left that Daniel Craig is ready to exit the Bond franchise, this excruciatingly awkward exchange with a reporter at the No Time To Die premiere in London should quash it.

The British actor, 53, was all smiles as he greeted fellow stars – and some very glamorous-looking royals – on the red carpet at the Royal Albert Hall, looking dapper in a pink velvet tuxedo jacket with black bow tie.

But things turned awkward during his interview with Australian reporter Brett McLeod, who asked whether he was going to miss being James Bond.

“Any sadness about this being the last time you’re going down the red carpet?” McLeod asked him, in an interview which aired on Today.

“Sure, yeah,” the actor replied, before adding, “I don’t know how much I’ll miss this,” gesturing vaguely at the extravagant red carpet event unfolding behind him.

McLeod then asked him whether he’d “do a Sean Connery” and reprise the role down the track, eliciting a very blunt response from the star: “Nope, definitely not.”

The journalist finished up the increasingly uncomfortable exchange by asking Craig whether he had “any preference” on who should replace him as Bond.

Craig’s response? “Not my problem.”

A Daily Mail reporter was caught up in an even more cringe-worthy red carpet moment with the star after alluding to his very well-documented desire to quit the franchise in recent years.

“This is the premiere of your final Bond film, but do you feel like you said goodbye quite a while ago, really?” the reporter asked Craig, who quickly shut her down.

“No, not at all. No,” he said, before staring at her in silence.

After five movies starring in the iconic role, Craig has now officially retired as James Bond. But his decision to even sign on for No Time To Die was a surprise to many, given his infamous comments in 2015 in Time Out magazine that he would rather “slash my wrists” than reprise the role again.

“I’m over it at the moment. We’re done. All I want to do is move on,” he told the publication, adding that if he changed his mind, “it would only be for the money”.

Fast-forward to 2017 amid pre-production on No Time To Die, and Craig was once again announced as the lead.

On the day he was revealed to be returning as Bond, Craig appeared on The Late Show With Stephen Colbert, and explained he’d been exhausted when he’d made the controversial comments, as it was just two days after Spectre had finished shooting.

“Instead of saying something with style and grace, I said something really stupid,” he said.

No Time To Die will be released in New Zealand on October 8.