Ned Beatty, who during a prolific acting career that spanned more than four decades earned an Oscar nomination for his role in “Network” and gave a cringe-inducing performance as a weekend outdoorsman assaulted by backwoods brutes in “Deliverance,” died on Sunday at his home in Los Angeles. He was 83.

His death was confirmed by Deborah Miller, Mr. Beatty’s manager, who did not immediately provide details on the cause.

Mr. Beatty appeared in more than 150 movies and television projects over the course of his career, frequently cast in supporting roles. While the beefy actor was not known as a leading man of the screen, he became associated with some of Hollywood’s most enduring films.

In 1976, Mr. Beatty was cast by Sidney Lumet and Paddy Chayefsky in “Network,” the critically acclaimed satire about a television network’s struggling ratings and a tube-obsessed nation. His character, Arthur Jensen, gave a memorable monologue in the movie, earning Mr. Beatty an Academy Award nomination for best supporting actor.

Mr. Beatty made his film debut in “Deliverance,” the 1972 big screen adaptation of James Dickey’s novel about four friends whose canoeing trip in rural Georgia turns calamitous. Stripped down to white underpants, his character, Bobby, is forced to “squeal like a pig” by a hillbilly before he is raped.

The line would go down in movie infamy.

“‘Squeal like a pig.’ How many times has that been shouted, said or whispered to me, since then?” Mr. Beatty wrote in a 1989 opinion piece for The New York Times.

Mr. Beatty did not distance himself from the scene.

“I suppose when someone (invariably a man) shouts this at me I am supposed to duck my head and look embarrassed at being recognized as the actor who suffered this ignominy,” he wrote. “But I feel only pride about being a part of this story, which the director John Boorman turned into a film classic. I think Bill McKinney (who portrayed the attacker) and I played the ‘rape’ scene about as well as it could be played.”

A full obituary will appear shortly 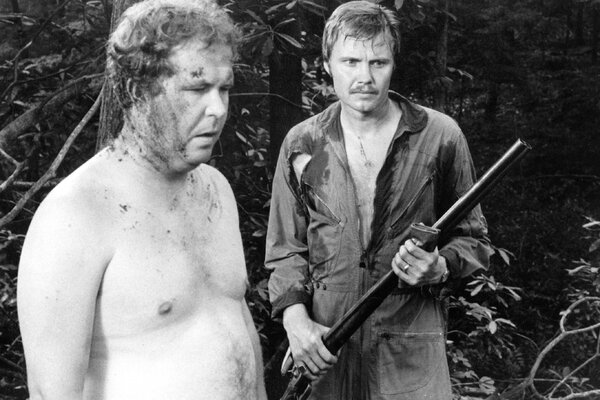