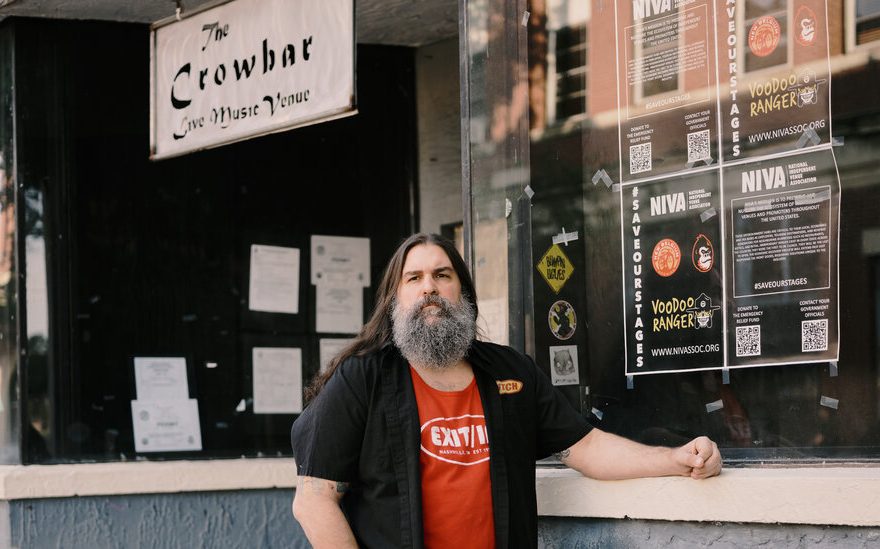 As the U.S. government began taking applications, nightclubs, movie theaters and other arts organizations clamored for aid that they say they need to survive. 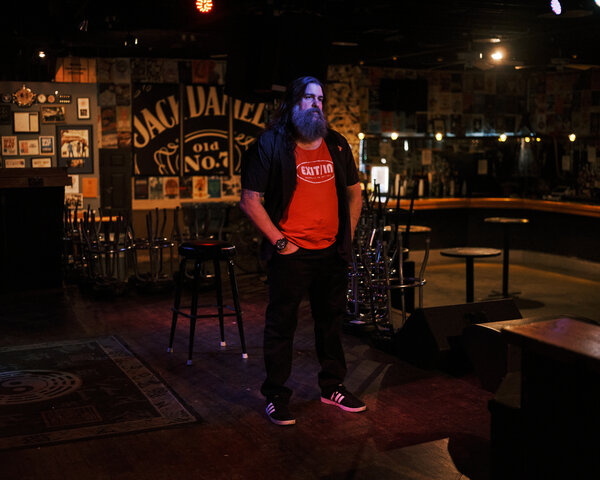 By Ben Sisario and Stacy Cowley

When the pandemic forced Crowbar, a music club in Tampa, Fla., to shut down last year, Tom DeGeorge, its primary owner, took out more than $200,000 in personal loans to keep the business afloat, including one using its liquor license as collateral.

More than a year later, the club has reopened with a smattering of events at reduced capacities, but the business still operates in the red, Mr. DeGeorge said in an interview. So on Thursday, Crowbar was among the thousands of music venues, independent movie theaters and other arts and entertainment institutions trying to apply for a share of $16 billion in federal aid.

“We lost an entire year of concerts in the blink of an eye, which was close to $1 million in revenue,” Mr. DeGeorge said. “That’s why we need this grant so badly.”

The aid comes through the Shuttered Venue Operators Grant, which was authorized by Congress late last year after months of lobbying by an ad hoc coalition of music venues and other groups that warned of the loss of an entire sector of the arts economy.

Like many others, Mr. DeGeorge spent hours on Thursday trying to submit his application through the online portal set up by the Small Business Administration, which runs the program. But problems with the site led to confusion and frustration throughout the day, as applicants reported being unable to register or have uploads blocked — an exasperating result for businesses that have spent so long waiting for help. The administration said Thursday afternoon on Twitter that it was aware of a “technical issue” and was working to correct it.

For music venues in particular, the last year has been a scramble to remain afloat, with the proprietors of local clubs running crowdfunding campaigns, selling T-shirts and racking their brains for any creative way to raise funds. For the holidays, the Subterranean club in Chicago, for example, agreed to place the names of patrons on its marquee for donations of $250 or more.

“It’s been the busiest year,” Robert Gomez, primary owner of Subterranean, said in an interview. “But it’s all been about, ‘Where am I going to get funding from?’” 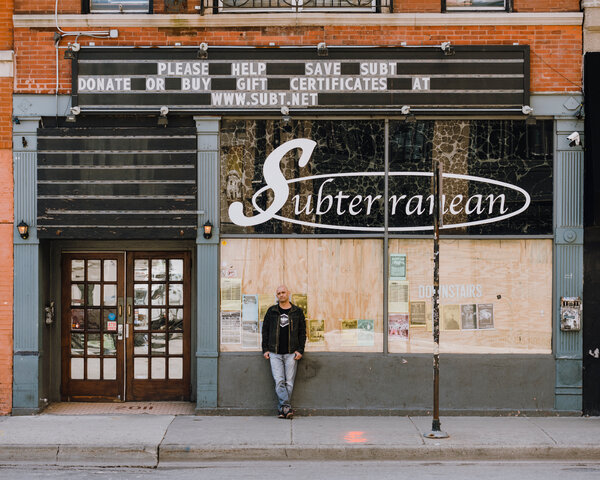 Because the grants will be awarded on a “first-in, first-out” basis, those seeking money are in a race for the cash: Once the $16 billion is depleted, those left in the queue will be turned away empty-handed.

As has happened with other relief programs run by the agency — most notably, the Paycheck Protection Program, a $746 billion aid effort — the opening of the shuttered venue program was riddled with complexity and confusion.

The agency posted a 58-page guide for applicants late Wednesday night, then quickly took it offline. A revised version of the guide was posted just minutes before the portal opened on Thursday. (An agency spokeswoman said the guide had to be updated to reflect “some last-minute system changes.”)

And less than two hours before the agency began accepting applications, its inspector general sent out an alert warning of “serious concerns” with the program’s waste and fraud controls. The Small Business Administration’s current audit plan “exposes billions of dollars to potential misuse of funds,” the inspector general wrote in a report. Then many anxious venue operators had trouble getting their applications in.

Successful applicants will receive a grant equal to 45 percent of their gross earned revenue from 2019, up to $10 million. Those that lost 90 percent of their revenue (compared to the prior year) after the coronavirus pandemic took hold will have a 14-day priority window for receiving the money, followed by another 14-day period for those that lost 70 percent or more. If any funds remain after that, they will then go to applicants who had a 25 percent sales loss in at least one quarter of 2020. Venues owned by large corporations, like Live Nation or AEG, are not eligible.

The application process is extensive, with detailed questions about venues’ budgets, staff and equipment.

“They want to make sure you’re not just setting up a piano in the corner of an Italian restaurant and calling yourself a music venue,” said Blayne Tucker, a lawyer for several music spaces in Texas.

Even with the grants, music venues may be facing many dry months before touring and live events return at anything like prepandemic levels. Despite the encouraging progress of vaccinations, the varying reopening plans of state and local governments, and preparation plans by touring artists, will likely mean that the calendar of events will remain light into the summer or fall, promoters and talent agents said.

The grant program also offers help for Broadway theaters, performing arts centers and even zoos, which share many of the same economic struggles.

The Pablo Center at the Confluence, in Eau Claire, Wis., for example, was able to raise about $1 million from donations and grants during the pandemic, yet is still $1.2 million short on its annual fixed operating expenses, said Jason Jon Anderson, its executive director.

The thousands of small clubs that dot the national concert map lack access to major donors and, in many cases, have been surviving on fumes for months.

Stephen Chilton, the owner of the 300-capacity Rebel Lounge in Phoenix, said he had taken out “a few hundred thousand” in loans to keep the club afloat. In October, it reopened with a pop-up coffee shop inside, and the club hosts some events, like trivia contests and open mic shows.

“We’re losing a lot less than we were losing when we were completely closed,” Mr. Chilton said, “but it’s not making up for the lost revenue from doing events.”

The Rebel Lounge hopes that a grant will help it survive until it can bring back a full complement of concerts. And if its application is not accepted?