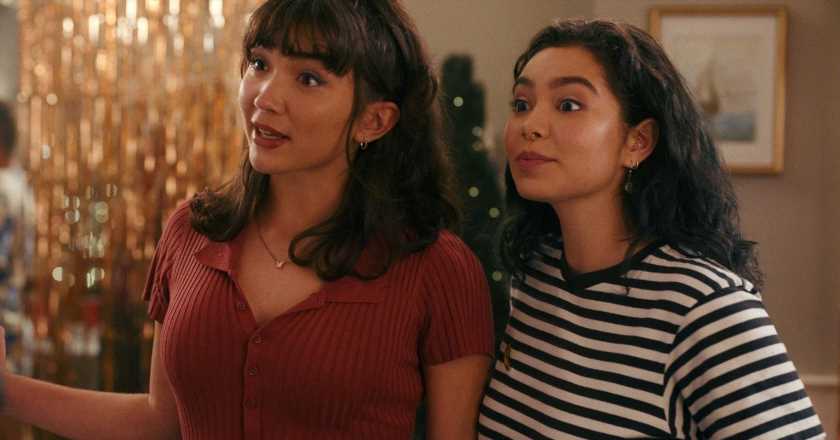 Romance, drama, comedy and more: Hulu’s new queer romcom Crush is one of the sweetest stories in the streaming game right now.

What do art, high school hierarchies, teenage angst and LGBTQ+ love have in common right now? If Netflix’s hit show Heartstopper is the first thing that springs to mind, you’re not alone: since premiering last month, the YA romcom adapted from Alice Oseman’s much-loved graphic novel series has clinched a 100% rating on Rotten Tomatoes and been hailed by many viewers as Netflix’s best ever series.

But Heartstopper isn’t the only sweet romcom in the streaming arena right now. Released just a few days ago, Hulu’s new movie Crush is bringing another dose of LGBTQ+ romance to our screens – so if you’re mourning the end of Netflix’s very special original series, this might just be the antidote you’re searching for.

Netflix: all the wild, scandalous and most disturbing documentaries streaming this month

Crush is streaming on Hulu and Disney+ now

When Paige is wrongly accused of vandalising school property with graffiti pun art, she’s offered a deal — join the school’s track team to avoid suspension and track down the real villain. She accepts, and works on her ultimate goal of pursuing her longtime crush Gabby (Isabella Ferreira), the beautiful, popular, lesbian “it” girl at Miller High who is also one of the team’s captains.

Before long, though, Paige finds herself falling for an unexpected teammate, Gabby’s no-nonsense sister AJ (Auli’i Cravalho), who she teams up with to crack the case of the mysterious graffiti artist. As the pair undertake their investigation, Paige begins to discover what real love actually feels like.

Within a few minutes of watching Crush, you’ll be in no doubt why this movie is capturing hearts. There’s the charming and inclusive cast, for one thing. Blanchard is effortlessly likeable in the title role, deftly steering her way though awkward teen blunders, endearing heart-to-hearts with her “platonic soulmate” and raucous conversations with her mum.

On that note: Megan Mullally, who’s best known for starring as Karen on Will & Grace, is predictably superb as the wisecrack parent who is so open-minded with her daughter that she errs on the side of inapppropriate (see: edibles, glow-in-the-dark dental dams, and flirtatious exchanges with the school coach).

You can’t help but warm to Paige’s love interest, the idiosyncratic AJ, too. There’s no need to imagine sparks flying between the duo because the chemistry is real. Then there’s Latina actor Isabella Ferreira, who is of Puerto Rican and Dominican heritage, who does a brilliant job evoking the high stakes of high school popularity.

But the biggest draw is how the film elevates LGBTQ+ love. It is still relatively uncommon for queer stories to be at the forefront of mainstream media, and when they are, characters are so often closeted, lonely, and beset by tragedy.

Not so in Crush. With an openly gay protagonist subverting the formula of the genre, the lens is joyfully, unapologetically queer. What’s more, the film bestows a refreshingly progressive storyline, drawing together timeless romance tropes, youthful mischief and an authentic portrayal of what LGBTQ+ life is like for the next generation. And with a requisite dose of Californian sunshine, Crush won’t fail to put you in the mood for summer.

We’re calling it: this might just be Hulu’s best offering to date.

Crush is available to stream now on Hulu and Disney+