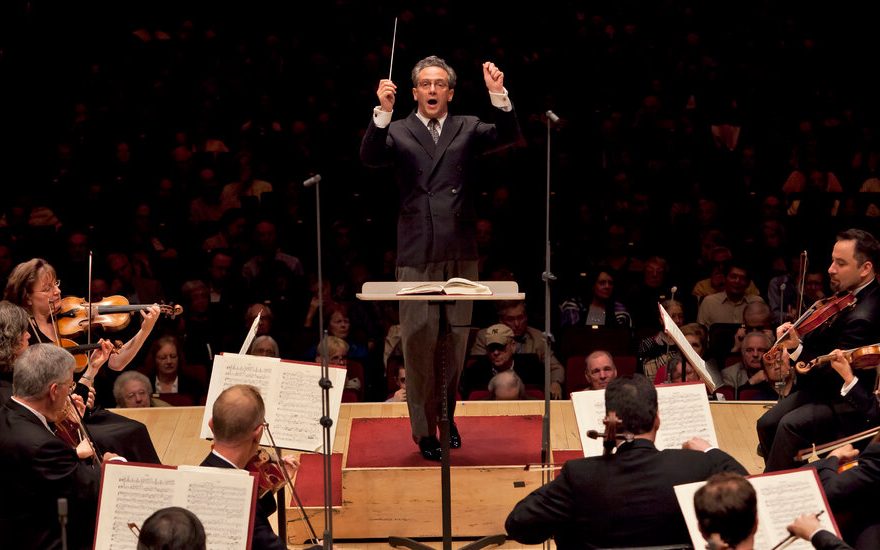 The musicians of the Metropolitan Opera’s orchestra, who went unpaid for nearly a year, are getting a hand from one of their old maestros, Fabio Luisi.

Luisi — who was the Met’s principal conductor for more than five years, and was seen as a candidate to succeed James Levine as its music director before the post went to Yannick Nézet-Séguin — has invited the musicians to Texas at the end of the month to join the Dallas Symphony Orchestra, which he now leads, for two benefit concerts.

The Dallas Symphony announced on Monday that the Met musicians would join its players for performances of Mahler’s Symphony No. 1 on April 30 and May 1. The orchestra noted in a news release that the concerts would present the first opportunity in over a year for many of the Met’s musicians — who recently began receiving partial pay as they negotiate a new contract — to perform together for a live audience.

A spokesman for the Dallas Symphony said that roughly 40 to 50 Met musicians were expected to travel to Dallas for the concerts, and added that they would be paid for the performances. The joint concerts will act as fund-raisers for the Met Orchestra Musicians’ Fund and the Dallas players’ union’s DFW Musicians Covid-19 Relief Fund; a filmed recording will be released.

“As one of the few orchestras fortunate to be able to perform all season to live audiences, we are painfully aware that many of our colleagues around the country were not able to play concerts due to restrictions in their cities or the financial situation of their organization,” Kim Noltemy, the president and chief executive of the Dallas Symphony, said in a statement.

Luisi said in a statement that he sought to “gather musicians together to make music” as a “symbol of solidarity.”

“During my time with the Met,” he added, “I became close to many of the members of the orchestra. It is devastating that these incredible musicians have not had an opportunity to perform together in over a year.”

Brad Gemeinhardt, a Met Orchestra hornist who is the chair of the committee which represents the musicians in negotiations with management, offered thanks to the Dallas orchestra. “We cannot overstate the impact this unprecedented collaboration will have on our members, both financially and artistically, after this long year of cultural famine,” Gemeinhardt said in a statement.

After going without paychecks for nearly a year, members of the Met Orchestra voted last month to return to the bargaining table in exchange for temporary pay of up to $1,543 a week. The Met, which has said that the pandemic has cost $150 million in lost revenue, and its general director, Peter Gelb, are insisting on long-term pay cuts to offset those losses — cuts a number of other leading orchestras have agreed to.

In January, Nézet-Séguin, the Met’s music director, agreed to give up to $50,000 in matching donations to the orchestra and chorus. After the musicians and the company reached their deal on temporary pay, he sent a letter to the Met’s leaders urging them to “find a solution to compensate our artists appropriately.”

“I am finding it increasingly hard to justify what has happened,” he wrote.

The Met said at the time that it shared his frustration and that all parties had been “working together for new agreements that will ensure the sustainability of the Met into the future.”