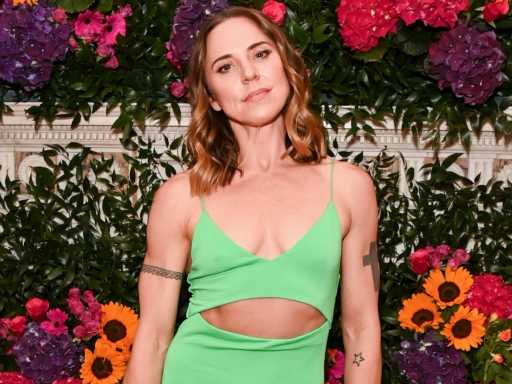 If you or someone you know is considering suicide, please contact the National Suicide Prevention Lifeline at 1-800-273-TALK (8255), text “STRENGTH” to the Crisis Text Line at 741-741 or go to suicidepreventionlifeline.org.

Even Spice Girls struggle with mental health and buried trauma, and Mel C is ready to tell her story. Also known as Melanie Chisholm and Sporty Spice, the England native opened up about her experience of being sexually assaulted during her Spice Girls days ahead of the release of her memoir, Who I Am: My Story.

Chisholm, now 48 years old, shared with the Daily Mail that she was sexually assaulted the night before the Spice Girls’ first full-length concert in Istanbul in 1997. The pop star recalled treating herself to a massage at the hotel the group was staying at as a reward for the weeks of rehearsals leading up to the live performance. She shared, “I was in an environment where you take your clothes off with this professional person,” adding, “I felt violated. I felt very vulnerable. I felt embarrassed, and then I felt unsure [of] ‘have I got this right, what’s going on?’” She was 23 years old at the time.

She admitted she pushed the incident aside in her mind “because there [were] other things to focus on. I didn’t want to make a fuss, but also I didn’t have time to deal with it.” In doing so, Chisholm says the assault remained buried for years until it came back to her in a dream once she began working on the memoir.

Her reason for sharing her experience with sexual assault is one of nobility and inner strength: “I think it’s really important for me to say it and to finally deal with it and process it — and for other people.”

The pop icon also appeared as a guest on Wednesday’s How to Fail podcast episode, where she opened up even more about the current state of her mental health and her previous struggles. She said, “Even now, in 2022, I live with depression. You know, it’s there. I’ve learned very much how to deal with it and cope with it and keep it at bay, but sometimes it can get the better of me.”

Chisholm said she’s in a better place now than when she was battling several eating disorders and having thoughts of suicidal ideation, sharing “Sometimes it felt like my spark had gone out. But most of the time it’s there. There’s a little flicker even in my darkest moments and it’s pulled me through.”

Mel C deemed herself a warrior and shared that she’s proud of herself for overcoming the struggles she’s faced thus far in her life, and we couldn’t be happier for her.

Who I Am: My Story is available now.

Who I Am by Melanie Chisholm

Before you go, click here to see celebrities who have opened up about surviving sexual assault.