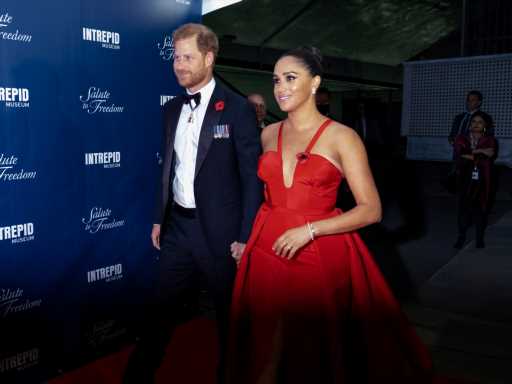 If there’s anything that the appeal on the case of Meghan Markle and Associated Newspapers Ltd. (the Mail on Sunday) is proving is that relationships on both sides of the family are messy. It’s not just the Duchess of Sussex who struggles with her dad, Thomas Markle, it’s also about Prince Harry not seeing eye-to-eye with dad Prince Charles.

New evidence in the legal case has revealed that the letter she wrote to her dad before her 2018 wedding was done in an effort to stop the “constant berating” from the royal family toward Prince Harry. Thomas’ consistent media run — and cash grab — in the days leading up to their nuptials caused everyone a huge headache. Instead of supporting the bride and groom, the palace reportedly harassed Harry to get Thomas under control, according to the texts handed over to the court by Meghan’s former communications chief, Jason Knauf.

“The catalyst for my doing this is seeing how much pain this is causing H,” she wrote to Knauf, via The Daily Beast. “Even after a week with his dad and endlessly explaining the situation, his family seem to forget the context—and revert to ‘can’t she just go and see him and make this stop?’ They fundamentally don’t understand so at least by writing H will be able to say to his family… ‘She wrote him a letter and he is still doing it.’ By taking this form of action I protect my husband from this constant berating, and while unlikely perhaps it will give my father a moment to pause.”

This fresh revelation lines up with what Prince Harry shared in his interview with Oprah Winfrey in March, yet he still holds on to hope for the future. “There’s a lot to work through there. I feel really let down because he’s been through something similar, he knows what the pain feels like, and Archie’s his grandson,” Harry said to Oprah. “But at the same time, of course, I will always love him. But there’s a lot of hurt that’s happened, and I will continue to make it one of my priorities to try and heal that relationship.”

Let’s hope the current court case doesn’t open up old wounds as all of the royal family tries to move forward beyond the hurt and the tumultuous last two years.

Before you go, click here to see the craziest conspiracy theories Meghan Markle has faced since becoming a royal.