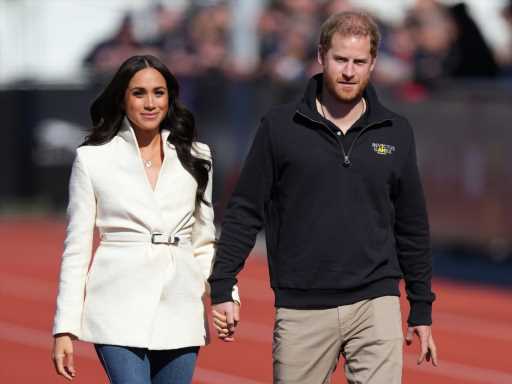 When Meghan Markle and Prince Harry pointed out that they were on the receiving end of racist comments from within the royal family, the already divided camps became even more fractured. The Oprah Winfrey interview with the couple was heard around the world and it put a more focused lensed on what the palace truly represents. (It’s hard to hide from those ties to colonialism in 2022.)

Now, the Sussexes are being honored by a family that is American royalty to many — the Kennedys. On Dec. 6, they will receive the Robert F. Kennedy Human Rights Foundation’s Ripple of Hope Award in New York. Kerry Kennedy, who is Robert F. Kennedy’s daughter, explained to El Confidencial’s Vanitatis magazine, why they were selected for the honor. Calling their stance “heroic,” Kerry shared that they had “the courage to question their colleagues, family, and community about the power structure they maintained” when it came to “racial justice.”

She continued, “They went to the oldest institution in U.K. history and told them what they were doing wrong, that they couldn’t have structural racism within the institution; that they could not maintain a misunderstanding about mental health.” In taking these actions, Harry and Meghan knew that it would be a difficult fight, but they did it anyway “because they believed they couldn’t live with themselves if they didn’t question this authority.” Now that the Kennedy family has drawn a line in the sand, it’s clear where they stand on the family feud — they are a part of the #SussexSquad.

With King Charles III’s reign still fresh, it’s time for the royal family to wake up and see their missteps and inherent racism. One has to look no further than Prince William and Kate Middleton’s very misguided Caribbean tour to see that they don’t have a clear understanding of the ugly royal history and how they must lead in a much different way. Charles has promised to modernize the monarchy, but if he misses this big opportunity to change the narrative when it comes to racism at the palace — there won’t be much hope for the future.

Before you go, click here to see more of Meghan Markle & Prince Harry’s milestones since leaving the royal family. 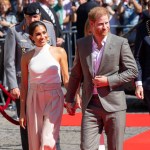 
Prince Harry & Meghan Markle’s Heartfelt Praise for Elton John: ‘Thank You for Being a Friend to Our Kids’