Madelyn Cline‘s rise to stardom is a little easier since she’s not doing it alone. The 23-year-old actress says the cast of Netflix’s Outer Banks is all on this crazy ride together.

All the Details About ‘Outer Banks’ Season 2

“The first season of the show felt like going and shooting an indie,” Cline told Grazia Gazette: The Hamptons, a limited-edition version of Grazia USA, in the inaugural issue’s cover story.

Outer Banks takes place in North Carolina, and the show films in Charleston, South Carolina, thousands of miles from Hollywood. Being on location allowed the young actors and crew members to form a special bond.

“It was very tight-knit, so the filming of the first season felt very intimate in the best way possible,” Cline told Grazia Gazette: The Hamptons, which is available at several exclusive retailers throughout New York City and The Hamptons. “We really vibe with our crew and our cast, obviously. We immediately had chemistry, and we immediately started hanging out, which is amazing.” 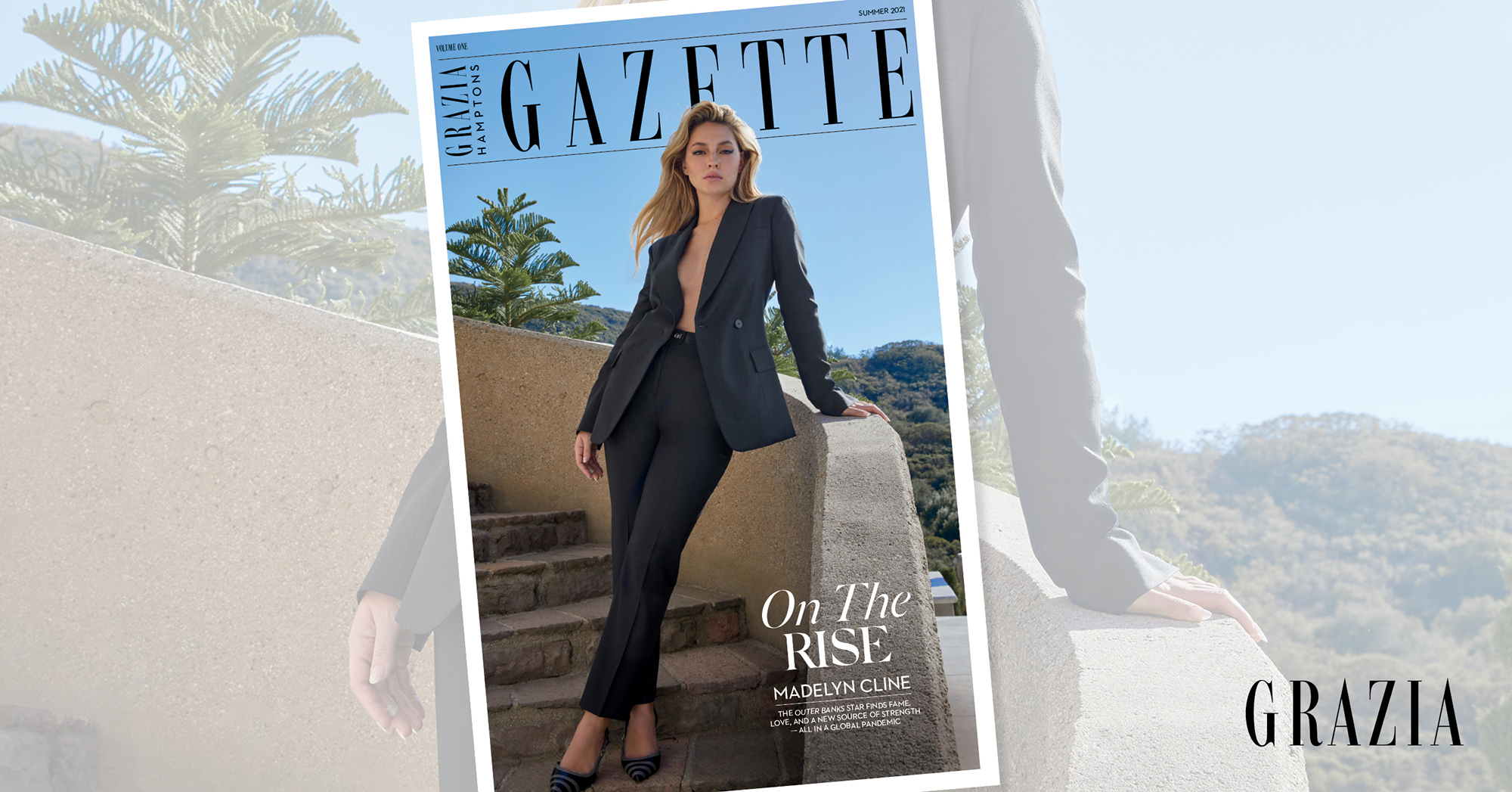 Cline, who is dating costar Chase Stokes in real life, added that it helped to not have an already-known star on the show among the younger cast. Everyone was starting at a similar level of success, and they help each other stay true to themselves.

‘Outer Banks’ Cast’s Love Lives: Who the Stars Are Dating in Real Life

“We all kind of started in the same place when we got the show,” she said, “and we just stuck together. We’re all going through the same thing and it just helps to have people around you who understand and who are there for you. We keep each other grounded and we hype each other up. We’re all each other’s best hype man.

Some of the cast even live together. Stokes, 28, and Rudy Pankow revealed they were roommates while filming.

“On the weekends people would come over, and we would blast music and play games and shoot the s—t,” Stokes told Refinery29 in April 2020. “We just liked being close and we wanted to spend every second of our time together because we were just so thankful for the opportunity at hand. Work didn’t feel like work.”

The series also stars Madison Bailey, Jonathan Daviss, Austin North and Drew Starkey as well as Charles Esten and Adina Porter. Earlier this month, Outer Banks won best kiss at the MTV Movie and TV Awards thanks to Cline and Stokes’ chemistry as Sarah Cameron and John B.

The friendships will be seen even more when Outer Banks season 2 premieres later this year on Netflix. Meanwhile, Cline fans can see more of her in the Grazia Gazette: The Hamptons, available now.