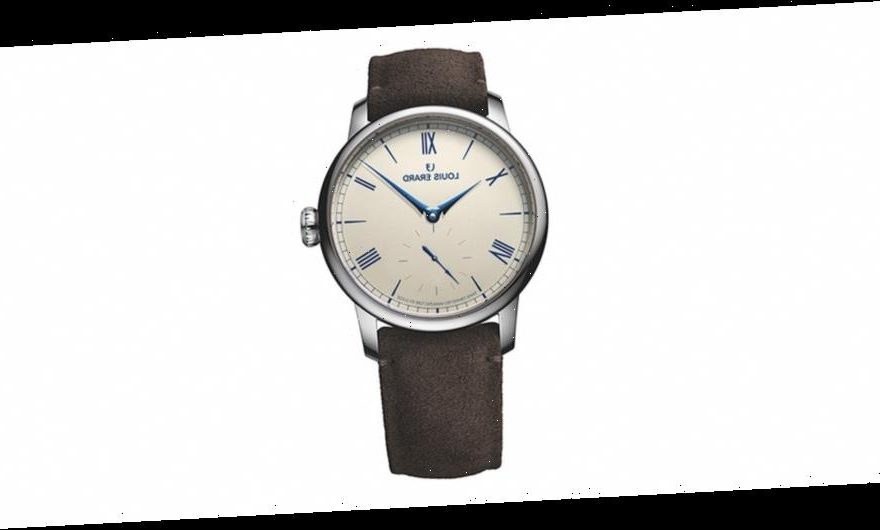 Louis Erard’s latest release features a dial made by the most respected enamel studio in watchmaking but in a watch that costs significantly less than its nearest equivalent.

The Louis Erard Excellence Émail Grand Feu makes a feature of its cream enamel dial from Donzé Cadrans, an artisanal workshop that has been making enamel dials in the heart of Swiss watchmaking territory since 1972.

The expertise of Donzé Cadrans, which has been owned by Ulysse Nardin since 2011, is highly prized with the company’s dials among the most expensive to produce given a frankly dizzying rejection rate.

Between 60 and 75% of all dials either don’t make the grade or are destroyed during production, despite many hours having gone into each one.

The traditional process of enamelling at the company’s workshop involves multiple layers of finely powdered glass being baked onto a copper dial blank to build up a translucent surface that, given the right care and attention, shouldn’t change in appearance once mounted inside a watch. The process is further complicated because the reverse of the dial blank also needs to be enamelled to prevent it from contracting and cracking the enamel during the firing process.

The problem with such a manual, small-batch process is that it can go disastrously wrong at each and every turn because of how brittle enamel is and how susceptible the molten glass is to dust and other potential inclusions. Even once the dials have been finished they have to be drilled to allow hands to be fitted, a process which can easily destroy a completed dial.

While both industrialised and semi-industrialised enamelling methods are in use elsewhere within the watch industry, a dial either produced by Donzé Cadrans or using similar traditional methods carries greater prestige and as such tend to reserved for watches at a higher price point.

Just 99 pieces of the Louis Erard Excellence Émail Grand Feu will be produced in three batches, with production limited to around 15 pieces each month due to supply of the dial, at a price of 3,900 CHF ( $4,200 USD) and available via Louis Erard.

In other watch news, Hamilton opens up its 1960s space-aged Ventura with a skeleton dial.
Source: Read Full Article