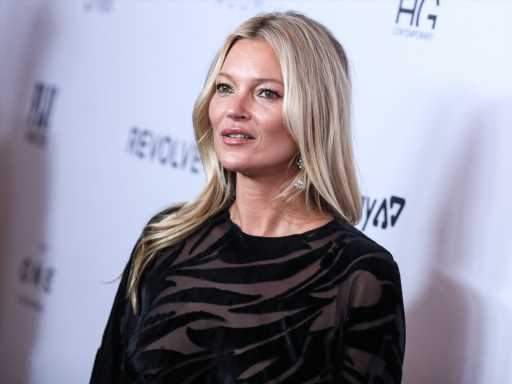 Kim Kardashian is taking her SKIMS brand to a whole new level now that she announced Kate Moss as their new spokesperson. The company revealed the unbelievably sexy photos of the 47-year-old supermodel on Tuesday on their Instagram account, but we had a hint that something was going on before the big unveiling. 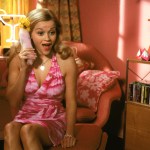 Late last month, Kim was spotted at the Vatican with Kate and her daughter, Lila Grace. The press made a big deal out of the revealing lace dress with cutouts along her hips that the SKIMS founder wore, but everyone should have been asking why the two stars were hanging out in the first place. Well, now we have our answer. (And don’t miss all of the incredible photos on SKIM’s Instagram page.)

Kim also made an announcement on her Instagram page that gave the inside scoop as to why she chose Kate to be her SKIMS ambassador. “Introducing Kate Moss for @SKIMS,’ she wrote. “I first met @katemossagency in 2014 through Ricardo Tisci, and was instantly struck by her cheeky humor, authentic and classic beauty – we’ve been friends ever since!” The reality TV star called her “THE fashion icon” who defined “a whole generation of style” — that’s quite a compliment from the billionaire, who has made SKIMS the official undergarment for Team USA’s female athletes at the Olympics, too.

But we love this pairing of two strong women, who have taken on their industry, even when people questioned their work. Kim is a force to be reckoned with as an entrepreneur, and Kate took on the modeling industry stereotypes and created an iconic career for herself. Vogue described this partnership best, “Kate, the It-Girl of the ’90s, and Kim, the It-Girl of, well, now. Both women have courted controversy; they’re both survivors of the speculation and scrutiny that comes with fame.” And now, they are teaming up together in the fashion industry that once doubted them both.

Before you go, click here to see how Kim Kardashian’s life has changed over the years.