Kensington Palace released two portraits on behalf of the couple on Wednesday, one day before their anniversary. The new pictures were snapped earlier this week at the palace by photographer Chris Floyd. 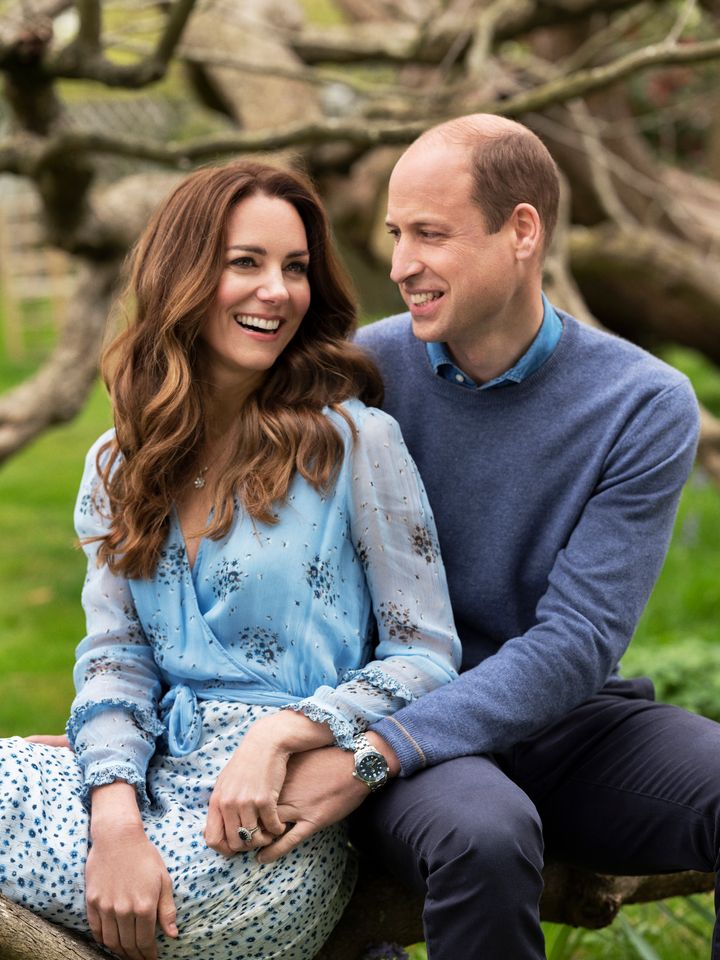 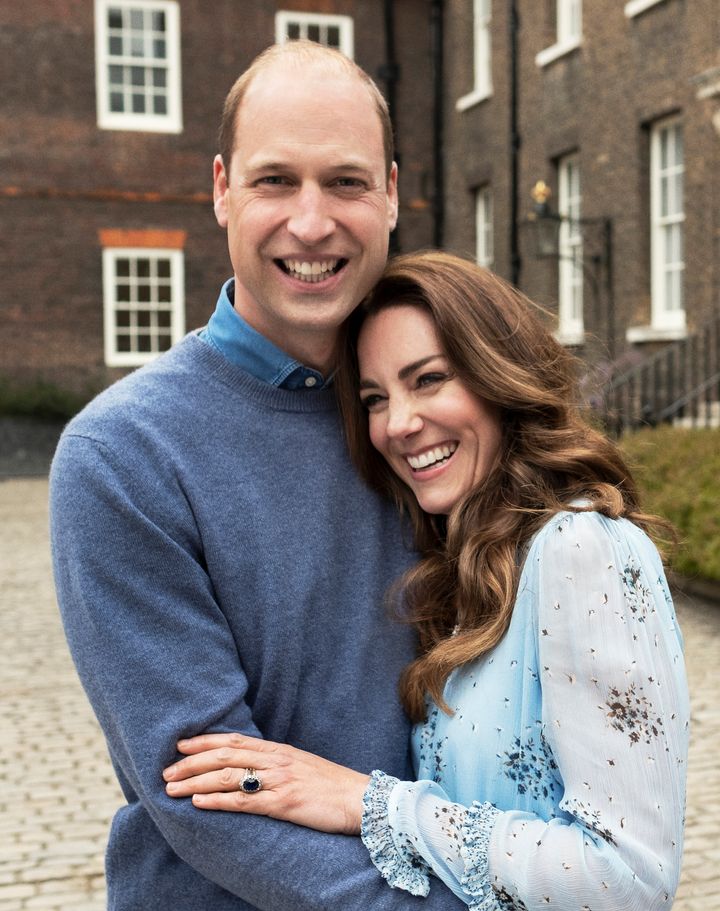 The two appear to have recreated the official photo William and Kate released for their engagement, which was taken by Mario Testino:

The Duke and Duchess of Cambridge, who have been together nearly 20 years, officially tied the knot at Westminster Abbey on April 29, 2011. Millions lined the wedding procession route, while an estimated 2 billion tuned in from around the world.

Celebrities including Elton John, Guy Ritchie and David and Victoria Beckham made up some of the 1,900 guests invited to the ceremony. Ellie Goulding performed at the couple’s evening reception, an honor she called quite “scary.”

“I did their first dance and like, talk about scary,” the singer told Vanity Fair in 2016. “I was so nervous, my hands were shaking.” 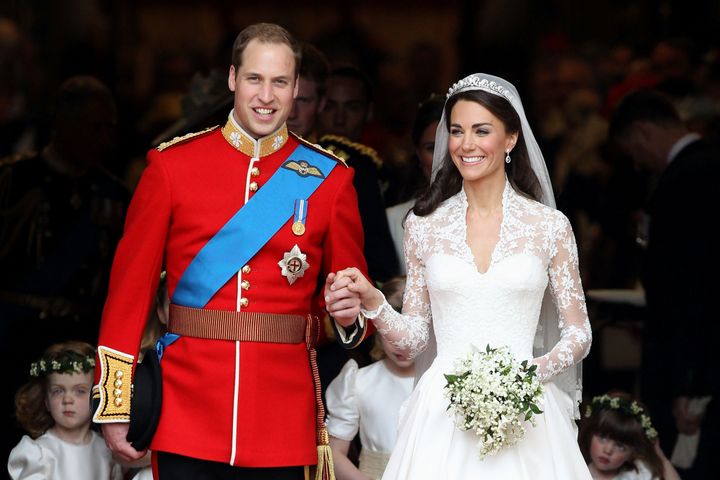 William and Kate celebrated Louis’ birthday last week by releasing a brand-new photo of their little one taken before his first day at nursery school.

The queen turned 95 on April 21 and released a statement thanking people for the tributes to her late husband, Prince Philip.

“My family and I would like to thank you for all the support and kindness shown to us in recent days,” she said. “We have been deeply touched, and continue to be reminded that Philip had such an extraordinary impact on countless people throughout his life.”