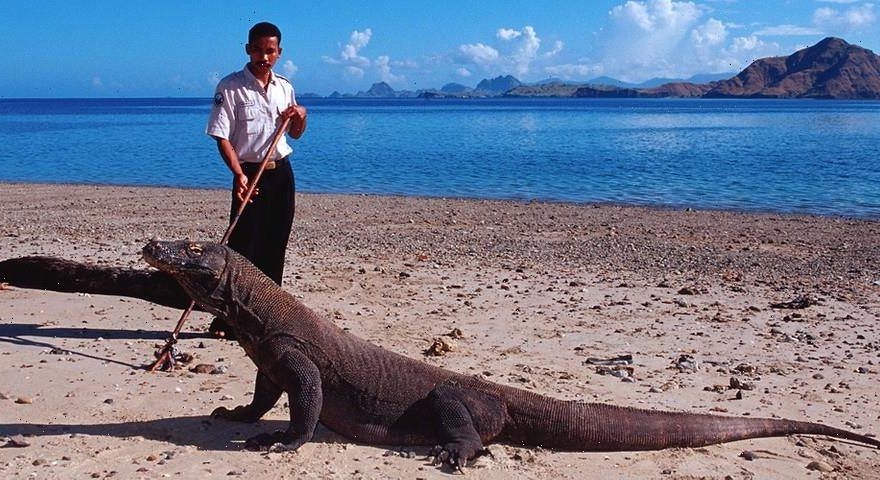 Despite UNESCO warnings, Indonesia‘s environment ministry announced that construction for the Komodo National Park tourism project will continue. The park spans across three volcanic islands in the Indonesian archipelago and is inhabited by around 5,700 Komodo dragons. The giant lizards can grow up to 10 feet long, have a poisonous bite, and exist nowhere else in the world.

The ongoing premium tourism project has been dubbed “Jurassic Park” in Indonesia after a campaign video featuring  Jurassic Park cinematic tracks were used in promotional campaigns and a photo of a Komodo Dragon blocking a construction truck went viral on social media. Both UNESCO and the Indonesian Forum for the Environment (WALHI) have expressed concerns over the potential impact on the region’s pristine habitat and its human and dragon inhabitants.

A senior official at Indonesia’s environment ministry told Reuters “this project will proceed…it’s proven to have no impact.” Exactly what is being built on the island of Rinca is still undisclosed.