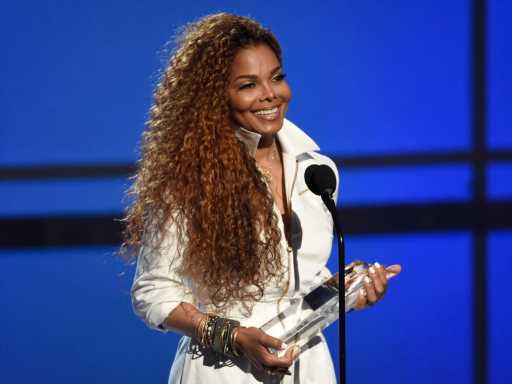 Janet Jackson keeps her son Eissa completely out of the press, but she never forgets to send him sweet birthday wishes on her Instagram page. This year, he turns five years old and mom is feeling quite emotional about his big day.

Instead of a photo of her son, she put up a graphic with emojis of hearts, balloons and kissing faces along with a message that shows how much she cares about Eissa — the feelings are jumping through the screen. Jackson wrote, “You’re growing up so fast. Such an intelligent beautiful boy. Wishing you a life full of magical moments. You’re Mama’s luv. Happy 5th Birthday baby!” The pop star added more balloons, heart and kissing faces in the caption because she was feeling so much love for her son.

It’s been a long time since we’ve seen what her baby boy looks like. She gave her fans one glimpse of him on April 14, 2017, when he was only three months old. Eissa was snuggled up against mom’s shoulder with his eyes closed as he gave a big yawn toward the camera. She wrote, “My baby and me after nap time.” That’s the last time we’ve seen her son from her marriage to Wissam Al Mana, but Jackson knows what she’s doing — she has seen the drawbacks of being a kid in the public eye.

So maybe when Eissa is older, he can consent to mom sharing more photos of him, but for now, fans will have to trust that the “Control” star is doing what is best for her family. And we can obviously see how much love she has for her young son.

Before you go, click here to see the net worth of 15 mega-rich celebrity kids.