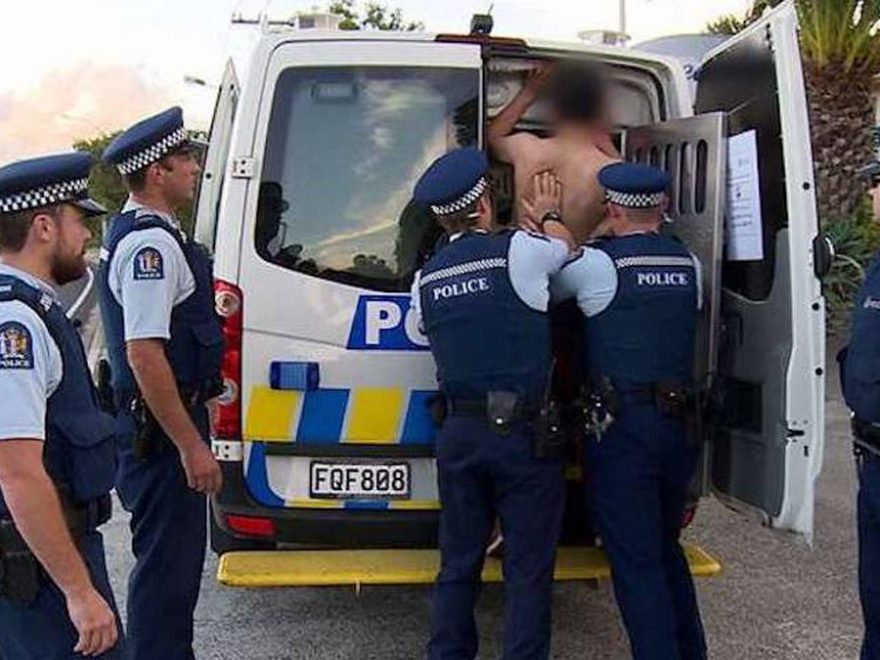 Originally published by The Spinoff

Police Ten 7 has come in for criticism in recent days for its betrayal of Māori and Pasifika people. Some claim that’s just what they see. But the agreement between the police and the show’s producers spells out in black and white who calls the shots, writes former police officer Tim McKinnel.

Many of us who grew up in the 1990s will, at one time or another, have been infected with an insidious earworm:

In 1992 the song “Bad Boys” was a whopping hit for Kingston reggae band Inner Circle, five years after its initial release. It was catapulted into the charts as the theme song for Cops, one of the world’s first, most popular and enduring reality television shows.

Cops was an early ’90s sensation. It screened all over the world and became a feature of pop culture, including in Aotearoa. I have memories of watching Cops episodes as a pup police recruit in Porirua in the mid-’90s.

Last year Cops ended after almost three decades in production, coming to a grinding halt in the aftermath of the police killing of George Floyd. The show had long been criticised for the crude embedding of media with law enforcement. Critics also pointed to research which suggested the programme was racially skewed and targeted the poor – euphemisms for racist and classist.

More recently the podcast Running from Cops exposed how the show was actually made. It revealed the nature and extent of the control police departments around the United States had over the production of Cops and how so-called reality television really wasn’t that real.

The New Zealand equivalent of Cops is the rather more demure Police Ten 7, produced by Auckland production company Screentime. The format of the show could be described as a lower-key Kiwi hybrid of Cops and the equally bombastic America’s Most Wanted.

Police Ten 7 first aired in 2002, back when I was a wide-eyed trainee detective in South Auckland, and I’ll admit, it felt good to have a show that portrayed my colleagues and me in such a positive light. The programme has been a high-rating staple of New Zealand television ever since.

However, despite its rating success, it too has come under increasing scrutiny, as community advocates and justice campaigners criticise the way Māori, Pasifika and other vulnerable people are portrayed.

Some of these criticisms came to a head this week when the indomitable Efeso Collins, Auckland councillor, tweeted at TVNZ, suggesting they drop Police Ten 7.

The tweet kicked off a firestorm, with people wading in from all corners; the Police Association president, the race relations commissioner, and even former Police Ten 7 host Graham Bell all chimed in. In response to the allegations the show is racist, Bell claimed “it’s very difficult not to develop a slight attitude to a group of people that are constantly offending”. Okay boomer.

Collins is not the first to publicly callout Police Ten 7. In June 2020, Kirsty Lawrence, of Stuff, reported on a Victoria University of Wellington student’s 2012 thesis which analysed every Police Ten 7 episode for a year. The thesis found that the age and gender of the offenders was distorted, and young people and men were over-represented in the programme.

They also found Māori were over-represented and Pākehā under-represented in the programme’s depictions. Sounds familiar, doesn’t it?

Trevor Bradley, a senior lecturer at Victoria University, told Lawrence the programme was not about education but entertainment. He was also critical of the way Police Ten 7 portrayed itself as “organic” when in fact the episodes were heavily edited.

Given the Running From Cops criticisms in the US, I was curious about the extent to which the New Zealand Police controlled the content of Police Ten 7. Is the show “reality television” or is it something else?

The Police will preview programme content before screening and the producer shall amend, edit the programme to accord with any concerns expressed by Police regarding issues of security, sensitivity, privacy and any other matters set out in this agreement.

The “any other matters” are defined later in the agreement:

matters which may affect the integrity or legal liability of the Police or bring the Police into disrepute.

To paraphrase, if there is anything that might make police look bad or could be evidence of them breaking the law, they will express concern and have it changed.

in the event of a dispute as to the content of a programme, the decision of the Police shall be binding on the producer…

The wording of the agreement between the police and Screentime tells us all we need to know. Police Ten 7 is not so much fly-on-the-wall reality television, but carefully manicured and managed propaganda, unequivocally controlled by the police.

The general vibe of the agreement between the police and Screentime is very much one of Screentime being delivered exclusive access, on the condition that they do what they are told, and do not embarrass the police nor expose them to legal risk. The agreement is also notable for the total absence of terminology like balance, fairness, monitoring and Te Tiriti.

A law enforcement programme that contributes to solving crimes, as Police Ten 7 does, should not be dismissed lightly. But I suspect even many victims of unsolved crime would agree a TV show that purports to advance justice should be able to do so without exacerbating the racism and classism that has harmed our vulnerable communities for too long.

I believe there is a place for reality crime shows, including ones with the official involvement the police. As a former police officer, I can see the social utility of allowing the public to understand the realities and challenges of policing. But it must be in a balanced and fair way – not as a polished piece of state-sanctioned propaganda.