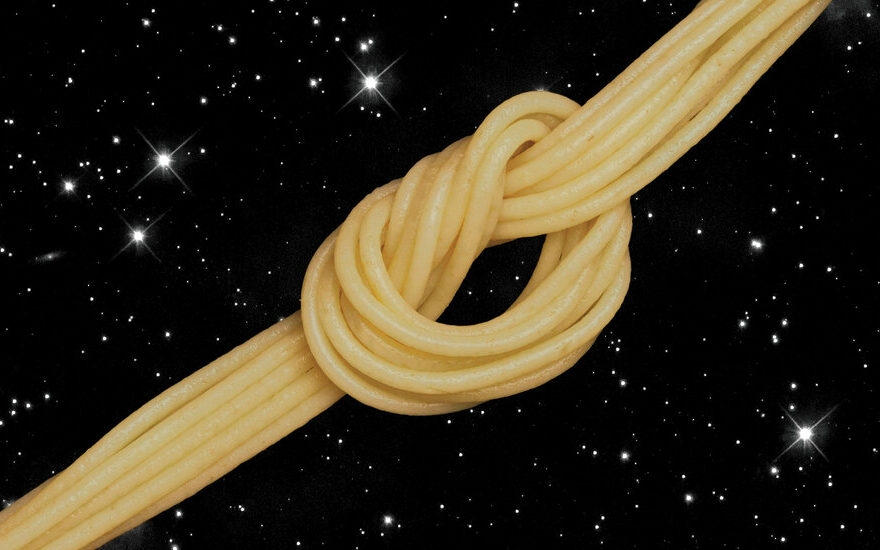 Whenever I got stuck on math homework while growing up, I would go looking for my mother. Often I would find her on the living-room couch unwinding after work, catching up on the news with both the local Cantonese news station blaring on the TV and The Economist open in her lap.

“I don’t know how to do this,” I would complain, settling on the carpet by her feet.

“Read me the question.”

She wouldn’t even look at the page.

“How many hours do you think it’ll take them?”

My mother was finishing her Ph.D. studies in physics when she was unexpectedly diverted into managing her family’s business, but she never lost her love for scientific methods. One of her favorite books is “Powers of Ten,” a flip book that opens with an image of the universe with speckled galaxies, then zooms in, one order of magnitude at a time, to our solar system, then the blue marble of our Earth, until we arrive at a couple lying on a picnic blanket. The book plunges on, to the ants on the grass, then smaller and smaller into the invisible world of atoms and subatomic particles. My mother’s brain worked like that book, moving up and down the ladder of powers of 10, always seeking a big-picture vantage point. She nudged me to do the same, to pull my nose out of the formula that I was copying from my textbook and assess from a distance: “Does that make sense, Caroline? Look at your answer. How could the painters spend more hours painting the fence together than if they were doing it alone?”

If we put all the pasta we eat in a year end to end, what percentage of Earth’s circumference would that take up?

There’s a name for the estimation problems my mother liked to pose: Fermi Problems, named after the Italian physicist Enrico Fermi, who had an uncanny knack for making spot-on approximations with little actual data on hand. One of the most famous examples is: How many piano tuners are there in Chicago?

Without looking, I could guess that Chicago’s population is somewhere between one and five million people. Using 2.5 million to start, and assuming an average household has four people, we would have 625,000 households. Say one out of five households has a piano; that gets us to about 125,000 pianos. Let’s say they all get tuned once a year. Now the question is how many pianos a tuner can service annually. I’ll guess that one can tune three pianos a day. Multiply by five days a week, for 50 weeks a year, and that comes out to about 750 pianos per tuner per year. Divide the number of pianos (125,000) by 750, and we get roughly 170 tuners across Chicago. The goal here isn’t knowing the exact number but rather being able to estimate the right order of magnitude using nothing but common sense.

When I was young, I chafed under my mom’s questioning, more concerned with getting my homework done so I could play. But now that I have no actual problem sets due, I’ve found myself returning to these problems as a way to entertain myself, the more absurd, the better.

Over dinner with my husband, I’ve asked: If we put all the pasta we eat in a year end to end, what percentage of the Earth’s circumference would that take up? While lying together in bed: How many penguins do you think would fit in our bedroom? As our cat jumps onto my sternum, waking me up before my alarm: What do you think Polo’s volume is in cubic inches?

Only after we make our best guesses do we turn to our phones for the internet’s answer. Actually, Google isn’t usually that helpful. “How many sq. ft. does a penguin occupy?” doesn’t yield any satisfying answers. Reddit, in typical tongue-in-cheek fashion, suggests the best way to calculate the volume of a cat is to stun the poor animal and throw it in a tub of water, then measure the amount of water displaced. Amid much giggling, though, we always learn fun things. Now I know that the smallest penguin in the world is called the fairy penguin. Spaghetti traditionally was as long as 20 inches, before shrinking by half to accommodate modern-day packaging.

I could argue for the practical benefits of a Fermi mind-set, but that’s not why I love these questions. Contemplating Fermi problems keeps me curious about the world and how things relate to one another. The pasta question impressed on me just how big Earth was. (We figured that even our most ardent pasta eating would get us only 0.01 percent around the Equator.) If you’re interested in trying one, consider: If you didn’t limit yourself to the questions you knew Google had a ready answer for, what would you want to know? The point is to imagine the infinite cosmos, not to organize it, label it or conquer it.

One evening during the early days of the pandemic, while out for a walk with my husband, I got tired of the empty streets and paused to stare at the night sky.

“Hey, how many boxes of floss do you think it would take to get to Alpha Centauri?”

And so we meandered, discussing light years and reels of waxy string, not troubled for answers, content to just wonder.

Caroline Chen is an investigative reporter covering health and science for ProPublica.