No matter how much free time you have this weekend, we have TV recommendations for you. Come back every Friday for new suggestions on what to watch.

This Weekend I Have … an Hour, and I Like Espionage

‘Patriot’
When to watch: Season 2 arrives Friday, on Amazon.

Season 2 of this oddball political dramedy is finally here, almost two years after the first season was released. Definitely start with Season 1 — there’s way too much story and style to pick up from recaps alone. Michael Dorman stars as John Tavner, a mediocre intelligence officer who this season has somehow lost a bag containing 11 million euros. Even as “Patriot” zooms through terrifically tense action sequences, the show is primarily character driven, and it revels in everyone’s weird hats, weird looks, weird turns of phrase, weird hobbies. 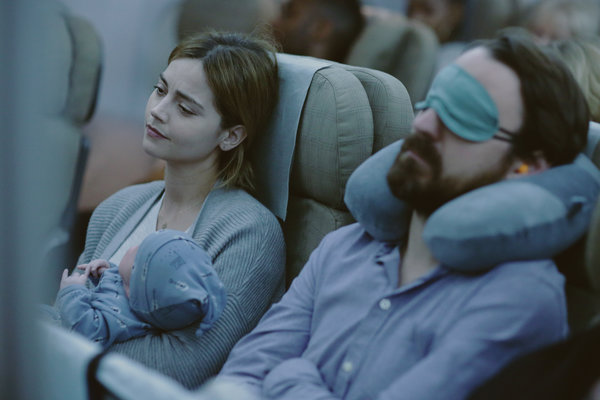 ‘The Cry’
When to watch: Now, on Sundance Now.

Jenna Coleman is fabulous here as Joanna, a new mother struggling with postpartum depression, which is exacerbated by her husband’s insistence that they leave Scotland with their infant and head to Australia — where his teen daughter from his first marriage lives with her mother. When her baby vanishes, Joanna becomes a villain in the public imagination, and the show bounces around in time, creating a more complicated portrait of the various players and suspects. If you liked the brooding mystery of “Big Little Lies” but you want something more grounded, try this four-part mini-series.

‘Harrow’
When to watch: Now, on Hulu.

This Australian drama feels like a cross between “Dexter” and “Bones” — from when those two shows were in their primes, not after they ran out of juice. It centers on a flashy medical examiner (Ioan Gruffudd) who, you guessed it, seems to know maybe a little too much about murder. Even though “Harrow” is about gruesome crimes and the fundamental rot within the human spirit, it isn’t dark and gritty. Murders happen at the beach, too!