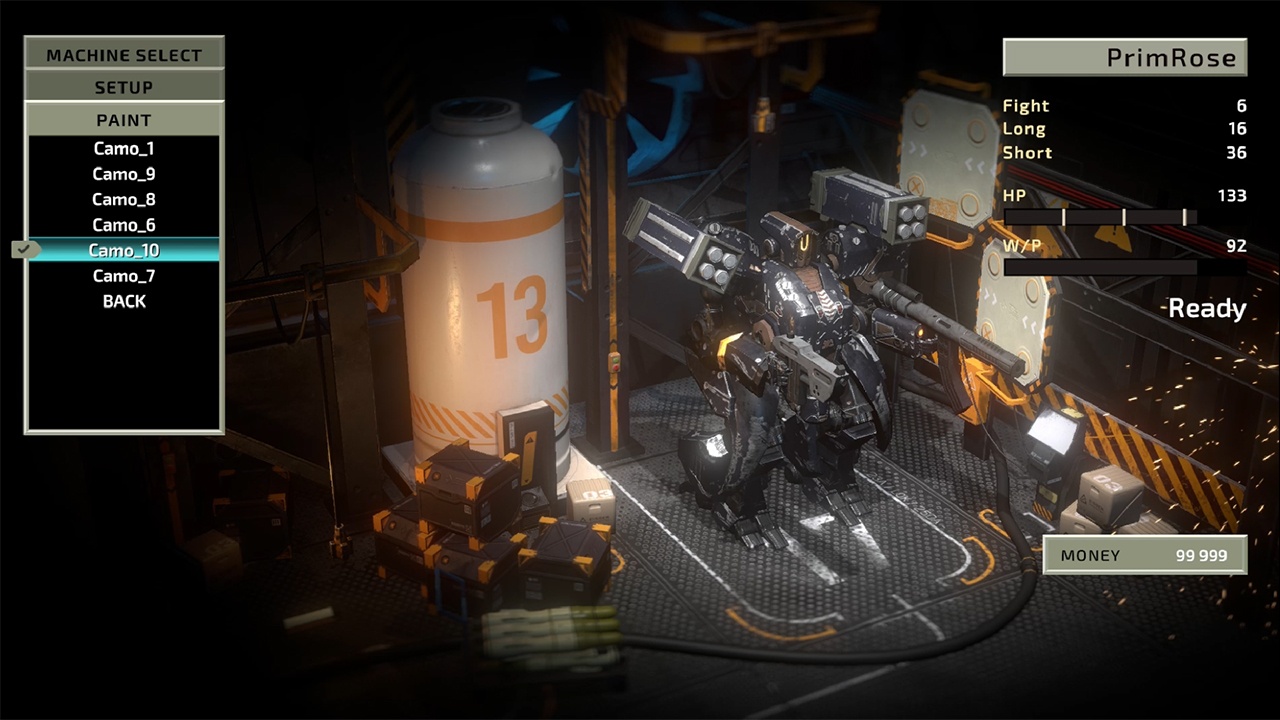 One of the earliest tactical role-playing games on the SNES finally gets a European release, in this new sci-fi strategy remake.

We mentioned in our review of Marvel’s Midnight Suns how this has been a great year for strategy games. Once ignored and ridiculed for being stuffy and old-fashioned they’re now a mainstream video game franchise, able to command (almost) as much interest as racing games or platformers. Games like Midnight Suns, Mario + Rabbids Sparks Of Hope, and Total War: Warhammer 3 are part of the new guard but they still owe much to the groundwork laid by earlier games, decades ago.

Tactics Ogre was one of these seminal titles and saw a remaster of a remake earlier this year. And now we have a remake of Front Mission, which is also a tactical role-playing game originally released for the SNES in 1995. (Well, technically this is a remake of the PlayStation remake of the SNES game, which has already been remade once on the DS and is the only version of the game to previously have been released in the West – but only in the US and not Europe).

As horribly confusing as all that is, it does speak to how important the game is viewed in Japan, as it stands alongside the likes of Shining Force, Ogre Battle, and Fire Emblem as one of the pioneers of the tactical role-playing genre in the 16-bit era. However, most of these titles share the same problem of having never originally been released in the West and so have slowly faded away as the cost to produce ever more niche sequels rises ever higher.

Hopefully, this and the Tactics Ogre remaster are an indication of publishers wanting to take advantage of strategy games’ recent rise in popularity, as the last couple of Front Mission games were action titles, with the mediocre Front Mission Evolved and the awful Left Alive. The last proper entry was on the DS in 2008 and the only one that’s ever been released in Europe was Front Mission 3 on the original PlayStation. So if you’re unfamiliar with the series that’s completely understandable.

In gameplay terms, Front Mission is easy to get up to speed with, as it looks and works very similarly to Tactics Ogre and Final Fantasy Tactics. It has a sci-fi setting, so you’re dealing with customisable mechs called wanzers, rather than magic and monsters, but otherwise the isometric, turn-based combat is very familiar and instantly accessible.

What’s more likely to put you off is the storytelling, which takes itself deathly seriously and quickly descends into a densely plotted narrative about warring nation unions. It opens with the protagonist’s fiancée being ambushed and killed in a covert op that starts a new ground war and only gets grimmer from there, as you leave the army to fight mechs in underground Robot Wars style battles, before being recruited to run a mercenary group.

The dedication the game has to its plot is admirable, but it lacks humanity, and anything approaching a sense of humour, with unengaging characters and a depressingly dour tone. Nevertheless, it is one of the main draws of the franchise and the same setting and lore continues to be used throughout the series.

The combat is grid based and no more complicated than clicking on what spot you want to move to and choosing which weapon to use when an enemy is in range. Terrain and elevation are important but the mechs aren’t just window dressing, as it’s possible to destroy individual limbs and the weapons they hold. It’s common to lose an arm, or damage your legs, during a battle, which costs a considerable amount of money to repair when the mission is over.

Customising your mech is a big part of the game, with every body part being upgradeable and a huge range of long, medium, and short-range weapons for you to save up for. Your pilot also has to level up as well, though, and at the start it’s a wonder he’s allowed behind the wheel, as your mechs constantly miss targets at point blank range, even when they’re just trying to punch. This still happens more times than it should even late into the game, which is not only frustrating but looks very silly.

What also looks silly is the way the mechs mince about the battlefield, which is a shame as otherwise the game does a fairly good job of recreating the original visuals using polygon graphics. The animation is limited by the very literal way the grid movement has been interpreted but there must surely have been a way to make it look at least a little less absurd.

Although the 3D visuals are common to both there’s an optional ‘modern’ mode where you get to rotate the camera around, use an overhead tactical map, and listen to a remastered soundtrack. We do wish there was some way to automatically optimise the loadout of your mechs though, as setting up you and your teammates, including all their limbs, weapons, and equipment, has to be done manually and when you’ve got over 10 in your squad that can take forever.

It’s especially frustrating as most items have a fairly short half-life and you’ll be looking to replace them every few missions, whether they’re damaged or not. The menus for doing this are unnecessarily complicated and split into two different sections for no good reason, which is something else that really should have been changed for the remake.

How often you upgrade does depend on how much time you spend farming money in the fighting arenas though, which is something you can do throughout the game but completely unbalances the economy if you’re willing to sit through endless inconsequential battles to earn the money.

Although it’s nice to have Front Mission finally released in Europe it probably would’ve been better to just have a straight port, since this remake is really only skin deep, with no attempt to fix imbalances with the gameplay, outdated interface problems, and graphics that are better but still very basic.

Polish company Forever Entertainment also plans on remaking Front Mission 2 and 3, which were both PlayStation titles, and we welcome that as well, even though we expect similar problems. What the series really needs though is a new entry, that can take advantage of modern technology and advances in interface and game design.

A tactical role-playing game with highly customisable mechs is a great concept for a game but the 1995 version of that idea is past the point where just making the graphics a little better is enough to make it palatable for modern tastes. It’s still possible to have fun with Front Mission 1st but it feels frustratingly backwards in too many ways.

In Short: For a 27-year-old game with only minor changes this is still an enjoyably taxing tactical role-player but it’s new games this series needs, not more remakes.

Pros: The concept is great and the customisation options allow for a lot of flexibility. Except for the animation, the graphics have been updated quite nicely.

Cons: The interface and game design feels thoroughly old-fashioned, especially in terms of how you can exploit the fighting arenas. Silly animation and unengaging storytelling.