Eva Mendes seemed to have confirmed the mounting rumours that she secretly married Ryan Gosling in a recent interview.

The actress has been dating fellow actor Ryan for the last 11 years and the pair have regularly been rumoured to have tied the knot at various points throughout their relationship.

Appearing on Channel Nine’s Today show, Eva was chatting about her charity work in Australia while Ryan was busy filming his latest movie The Fall Guy.

While speaking on the pair’s time in the country, she casually referred to her partner as her ‘husband’.

Telling hosts Karl Stefanovic and Allison Langdon about the great time they were having, the star said: ‘Everyone is so welcoming here and my husband Ryan is here and we are having the best time.’

Her interview follows the star’s addressing her wrist tattoo that appeared as the centre piece in a recent Instagram photo. 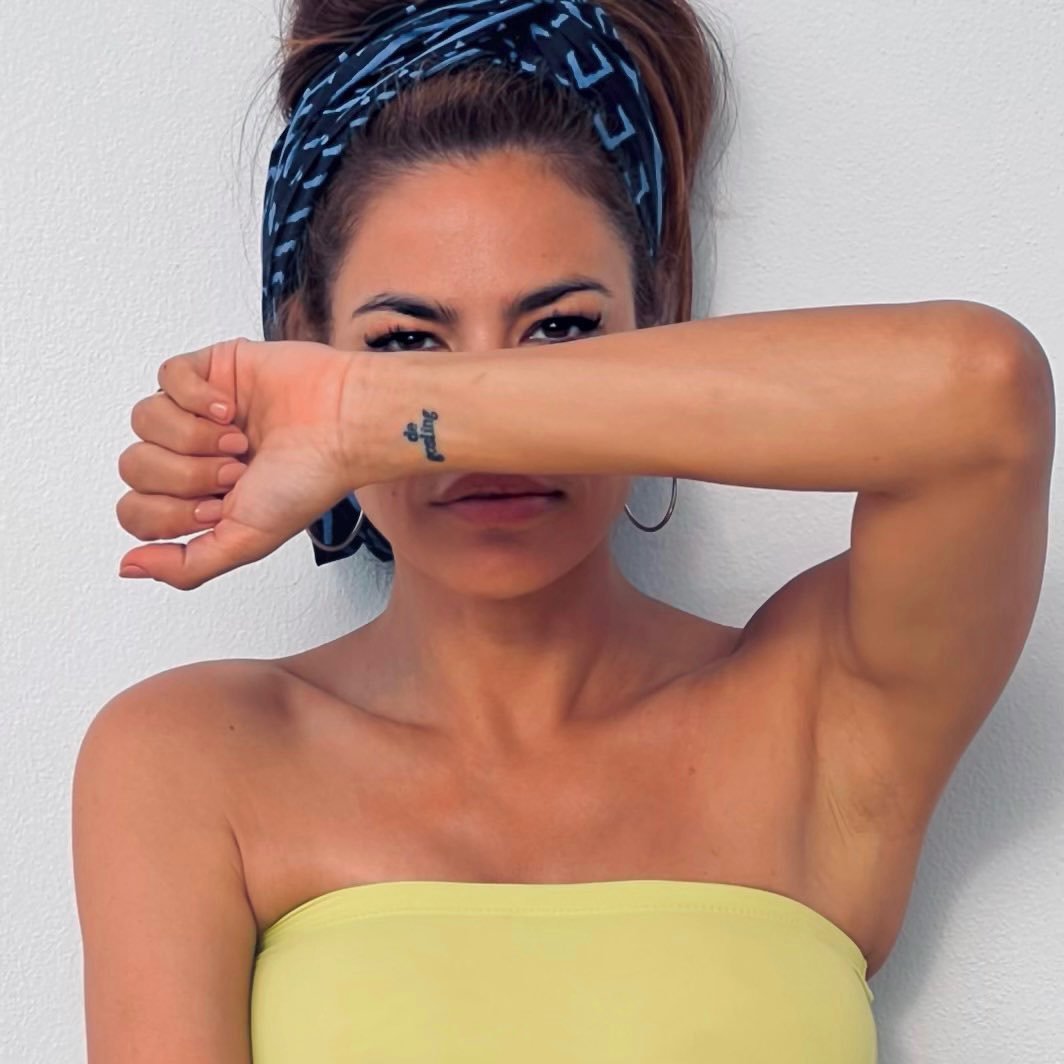 The ink that read ‘de Gosling’ quickly sparked speculation as, in Spanish speaking countries, married women will usually add ‘de’ and her husband’s surname to her own name – with ‘de’ translating to the English word ‘of’.

When asked if the tattoo was new, the star responded with: ‘Ummm…it’s old. You’ve seen it many times f, I love you.’

The apparent confirmation of their marriage came after she candidly shared the stresses involved with raising two daughters away from her American support network.

Explaining how the supposedly married pair approach parenting, she revealed to Daily Mail Australia on Friday the details of her family’s dynamics, assuring they were ‘pretty much on the same terms’.

She said: ‘We come with our own strengths and stuff, but we’re pretty much on the same terms on how we parent.’

Joking about her girls not always getting what they want, she did admit that the movie star couple are known to give in when they feel their daughters ‘make a good point’.

She went on to share what her family had been up to while down under.

Telling stories of their explorations of Sydney, she said they had fallen in love with the Northern Beaches located about an hour from the city centre.

The Hitch actress has been reportedly in a relationship with Ryan since they were first seen together in 2011 and they now share two daughters, Esmerelda, eight, and Amada, six.