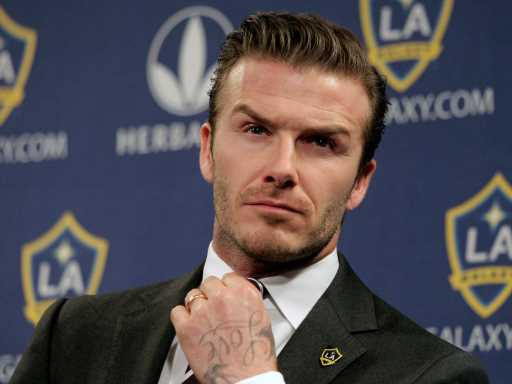 If there’s one thing we know about David Beckham is that family is his top priority. He made sure to spend a fun evening out with three of his four children with wife Victoria Beckham, sons Romeo, 19, and Cruz, 16, and daughter Harper, 10, in London on Monday night.

Dad and his kids adventured out to Winter Wonderland in Hyde Park, an annual Christmas event with everything from rides to ice skating and live music. Everyone was bundled up for the chilly night, wearing festive caps and puffy coats to keep warm — and it looks like David even treated his trio to a round of hot chocolate to keep warm. Harper might have had the most fun as she ventured on a few rides with her dad, offering up a few screams of “oh my gosh” while she grasped tightly onto David. He captioned their escapades (including a vomit emoji — LOL), “Fun night in London with the kiddies.”

His family was the main reason he chose to end his soccer career at the age of 38. He explained to The Father Hood that he wanted to continue “to work as hard” as possible even after his athletic days were over. “I want to show my kids that now after dad’s main, first part of his life and the first part of his career, he still continues to work hard,” David said. “That’s what I want them to learn.”

All four of his kids, including oldest son Brooklyn, 22, continue to remain close to both mom and dad, which is exactly how David planned his life from the moment he became a father. He doesn’t think about his legacy as an athlete, he only wants to be remembered in one way: “Just as a hard-working father that loved his kids and would do anything for them,” David gushed. And we think his kids would wholeheartedly agree.