Earth Day may exist to help protect the nonhuman environment from our determined efforts to destroy it. But if you want to get an Earth Day television documentary made, it helps to have the name of a well-known human, or two, attached.

The 52nd edition of the annual event on Thursday brings with it a full roster of new shows to stoke our guilt and maybe drive us to action, and viewers can choose which celebrity guide they’d like to be nudged by.

If your preference is for environmental street cred — forest cred? coral reef cred? — you can go avuncular with “Life in Color With David Attenborough,” on Netflix, or flinty with “Greta Thunberg: A Year to Change the World,” on PBS. If you like some Hollywood glamour with your ecology, you can listen while Sigourney Weaver narrates “Secrets of the Whales,” on Disney+, or travel to Asia in good company in “Cher and the Loneliest Elephant,” on Paramount+.

“Secrets of the Whales” is actually the project of an even bigger power player, the filmmaker and deep-sea diver James Cameron. (A segment on sperm whales gives him an excuse to include a clip of himself in one of his extreme submersibles.) Weaver is offscreen, but Cameron pops up in the last few minutes of each of the four episodes, ostensibly to dispense some behind-the-scenes scoop but really to hammer home the series’s themes about the intelligence and community-building abilities of whales.

These ideas are pushed on us with a lack of subtlety that you could, if you were feeling uncharitable, link to Cameron’s sometimes leviathan feature films (like “Titanic,” which also took place in the water). Weaver actually intones, “Whales are just like us,” with no apparent irony. It is, commendably if a bit tiresomely, a strategy to create empathy for the embattled animals. It’s also a way to tie together a sprawling endeavor that took three years to film in locations ranging from the Arctic to the Antarctic and from Sri Lanka to the Caribbean.

And as constructed as the stories about “love and tenderness and family” can seem, “Secrets of the Whales” is as visually engrossing as you would expect given the time spent and talent involved. Images of napping sperm whales, suspended vertically like an underwater forest, or a pod of belugas swimming in formation with the lost narwhal that they’ve adopted, are thrilling; a shot of a Sisyphean tortoise struggling through the water, permanently enmeshed with what looks like a large laundry basket, is bizarre and heartbreaking. 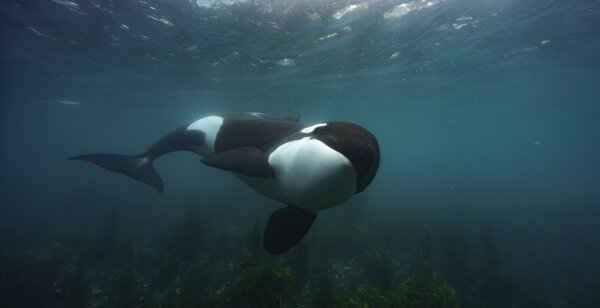 “Cher and the Loneliest Elephant,” streaming beginning Thursday on Paramount+ and playing on cable May 19 on the Smithsonian Channel, is at the other end of the scale from the lushly pictorial and high-minded “Secrets of the Whales.” It has a bare-bones, home-movie quality, with interviews that feel as if they were shot on the run. But its 46 minutes fly by, and it is buoyed by the disarming, slightly corny sincerity that Cher brings to the proceedings.

The hero of the piece is Kaavan, an elephant whose wretched and isolated captivity in a zoo in Islamabad, Pakistan, became a social-media flash point in 2015. His plight caught Cher’s attention, and the documentary chronicles the yearslong effort to find him a new home and transport him to it.

This includes some slapstick, involving the bungled attempts to build a cage strong enough to hold him during a seven-hour flight to Cambodia, and some danger — if he got out of the cage, the plane could have crashed. And there’s the haunting image of Kaavan’s habitual, mesmerizing sway from side to side, a post-traumatic result of his treatment.

But he can’t help taking a back seat in his own story to Cher, whose songs punctuate the more emotional moments (“Believe,” “Song for the Lonely” and “Walls,” written for the elephant). At the height of the pandemic, the 74-year-old star, with no need for publicity, makes the 24-hour trip to Pakistan (and on to Cambodia) to be there for Operation Kaavan. Watching her serenade him, a cappella, with “My Way” is about as entertaining as Earth Day gets.

Attenborough doesn’t do anything that diverting in the three episodes of “Life in Color,” but he’s more of a presence here than in many of his other nature documentaries: In dad jeans and chambray shirt he trudges through the rain forest, lectures us from an Australian beach and lets a ladybird crawl over his weathered fingers. He provides occasional comic relief, suddenly looming into the frame behind a tiny, bright red, poisonous frog.

This latest project from Attenborough, who turns 95 next month, is about the importance of color in animal adaptation, and it turns away from the overtly foreboding and polemical tone that a few of his more recent series have adopted. Climate change isn’t addressed until the last 10 minutes of the three-hour series.

Despite its Earth Day time slot, “Life in Color” is back in the business of wonderment, with a little gee-whiz technology thrown in. Attenborough marvels over the camera rigs developed for the show that can render scenes the way certain animals see them, in ultraviolet wavelengths or polarized light.

But “Life in Color” is mostly the same old story, the fight for love, food and territory. And as always in Attenborough’s shows, these stock narratives are rendered in a succession of dazzling images, here made even more arresting because of the series’s focus on varicolored plumage and skin.

If your appetite for Earth Day content is modest, the best choice would be the three hourlong episodes of “A Year to Change the World,” being shown in succession Thursday night on PBS stations. It follows Thunberg, then 16 and 17, as she travels the world in 2019 and 2020, giving speeches at climate conferences and educating herself — and through the documentary, us — in the causes of climate change and the ways in which it could be alleviated.

She declares that she does not want us to listen to her but rather listen to the science and to the retinue of climate researchers and technologists she buttonholes for the documentary. But she has the same facts everyone else has; what’s unique are her charisma and the platform it has given her. And despite what she might want — and her lack of ego seems entirely sincere — the focus always returns to her.

Thunberg and her father, Svante, travel only by electric car, train and boat (no carbon-belching airplanes), but they manage to cover a lot of ground: disappearing glaciers in Canada, a British power plant doing pioneering work in carbon capture, a Danish farm researching how to reduce methane in cow flatulence. Thunberg is an amateur interviewer but a professional skeptic, staring down adults whose promises she doubts, from a nervously enthusiastic engineer to Chancellor Angela Merkel of Germany.

One of those hopeful adults is Attenborough, who sits down with Thunberg for a grandfatherly chat. (The BBC was a producer of both “Life in Color” and “A Year to Change the World.”) When Thunberg says that “no one is listening” to the facts about climate change, he sighs and nods, but then he says, “people are listening,” and cites as evidence the resurgence of whale populations. Thunberg is unfailingly polite, but you can see what she’s thinking. When she asks if he has ideas for how to “activate” older people into environmental activism, he has nothing to offer, other than to praise her.

That’s the overall effect the series will have, unless you’re a confirmed Greta hater: pessimism for our future tempered by admiration, if not awe, for her preternatural poise, her tirelessness and her courage. The contrast of her seeming detachment and an evident, almost painful depth of emotion, intimately seen in the documentary, is moving. As is the thought that earth’s best hope might be a feisty Swedish teenager. 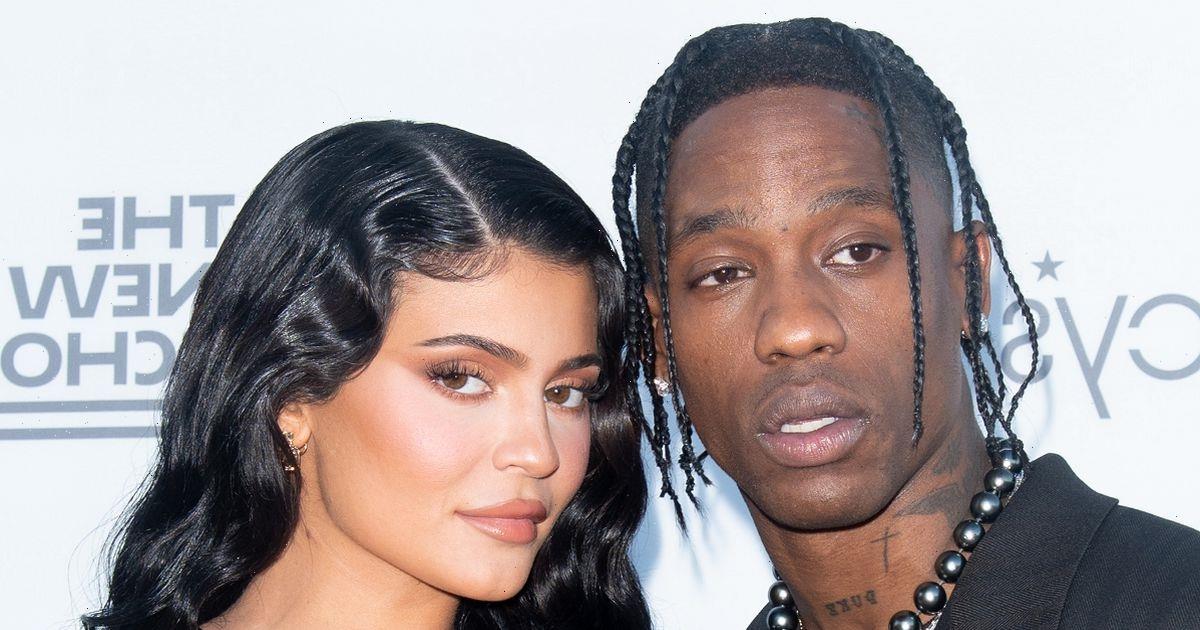