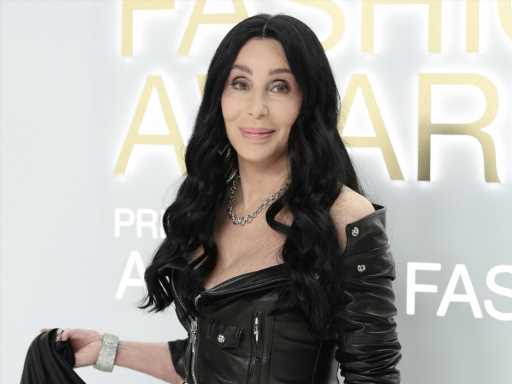 Everyone is wondering if Cher is officially engaged to Alexander “AE” Edwards, but she might have just confirmed the big news with a sweet PDA moment. The 76-year-old icon was seen walking down the sidewalk with her beau on Thursday while on a date to Beverly Hills hotspot, Avra.

Cher was downright giddy while she held hands with her 36-year-old music producer boyfriend in a video shared by TMZ. They dressed in matching all-black outfits, and both of them sported bleach-blonde hair — it was so cute. They laughed and snuggled together as the photographers snapped away and encouraged the dynamic duo to kiss until her publicist chimed in, “That’s enough,” while emerging from behind a bush. (She did not want to be in the shot. LOL.)

One paparazzo finally asked to see that stunning ring Cher received around the holidays as she proudly showed it off while still clasping Edwards’ hand. When they asked how the engagement was going, she responded. “It’s OK, it’s going OK,” she said shyly. Was this the confirmation we’ve all been waiting for?The couple waved the crowd of photographers off and didn’t give an answer as to when they will walk down the aisle. Cher was then saved by a fan who jumped in to grab a selfie with the superstar.

Cher stunned her fans on Christmas Day when she posted a dazzling photo of her sparkling, pear-shaped diamond ring. “THERE R NO WORDS, ALEXANDER,A.E,” she gushed. She’s gone on to defend their love and their 40-year age gap, but given how smitten Cher looks — the wedding doesn’t really matter — she’s just so happy.

Before you go, click here to see celebrity couples with significant age differences. 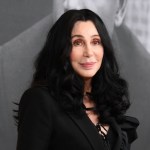