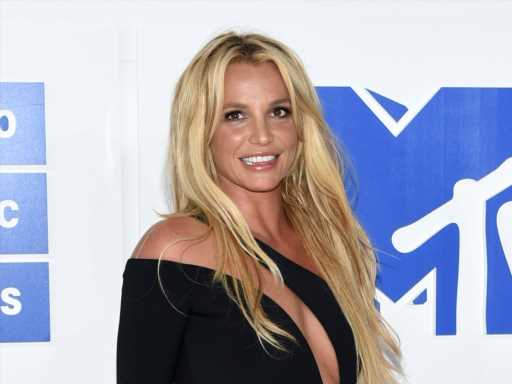 It’s been a minute since we checked in with the princess of pop herself, Britney Spears. The end of 2021 has definitely been a major cause for celebration for the “Toxic” hitmaker. Last month, her conservatorship of 13 years finally ended and she got engaged to her longtime love Sam Asghari in September. But now, it looks like Spears has another milestone to celebrate and it’s leaving us with a number of questions. The entertainer teased that she welcomed a “new addition to the family” in a recent Instagram post, and it’s left all of us guessing.

In the video post, Spears is captured from the back — her long blonde hair flowing in soft waves. The “Break the Ice” singer sways back and forth while soft music plays over the audio. If you look closely, you can just glimpse that Spears is holding a bottle in one hand while rocking back and forth. “New addition to the family guess if it’s a boy or a girl,” Spears captioned the video, adding a sweet “thank you” to her fiancé.

Now before we rush to any conclusions, it is true that Spears has indicated she wants to have another child. But that’s definitely not what we’re seeing here. Fans immediately took to the comment section of the post to guess what type of new pet the singer might be holding in the clip. Guesses ranged from kitty to a piglet, and one fan even guessed that Spears was cradling a goat!

Hopefully soon the “Oops!…I Did It Again” singer will reveal what type of little creature Asghari gifted her. Back in early October, Asghari surprised his lady love with a precious little Doberman puppy named Porsha, so these types of surprises aren’t entirely new. Regardless, we’re just excited to see what the future holds for Spears, and be introduced to her new family member.

Before you go, click here to see celebrities who have spoken out about being sexualized too young.