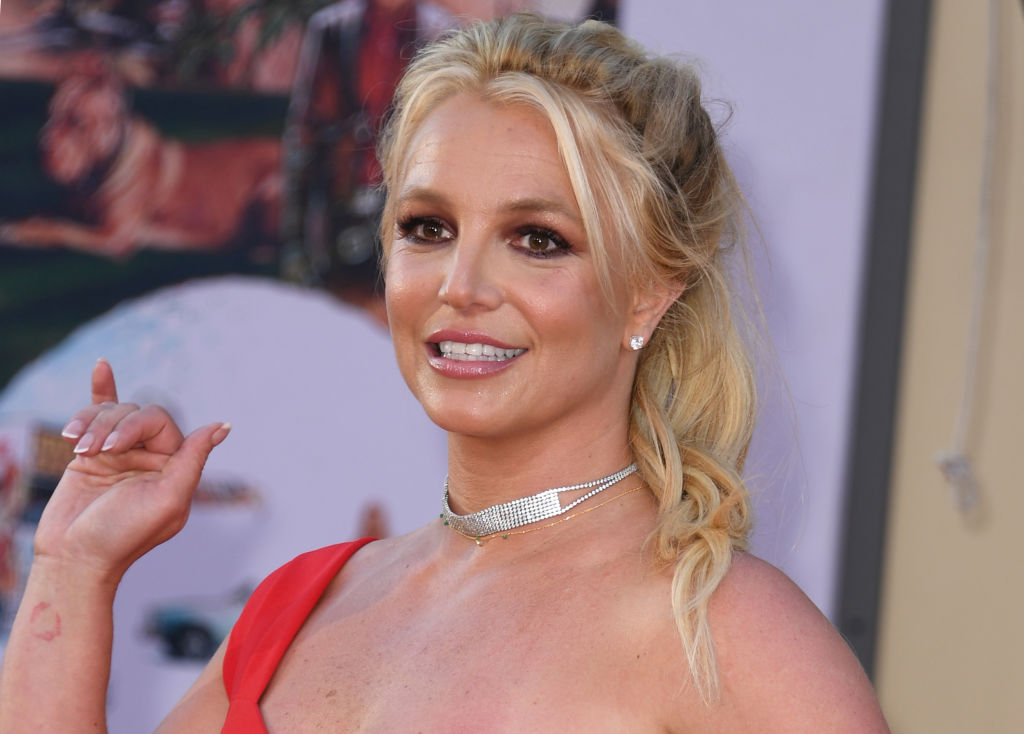 Britney Spears has revealed her new ink in a blink and you’ll miss it moment.

The star could be seen getting tattooed in a Maui hotel room but insisted the end result was ‘s**t’ and that she’d ‘have to fix it’.

Although the hit-maker said she wasn’t going to show the etching to fans, it could be seen towards the end of Britney’s new video, posted shortly after she uploaded photos of herself and her ex-boyfriend, Justin Timberlake.

Taking to Instagram on Tuesday, the 41-year-old posted a clip of herself standing in her Hawaiian hotel room while getting tattooed.

After the tattoo artist had finished up, Britney briefly flashed the camera her arm while dancing around and singing: ‘Tattoo time.’

Although the exact design was unclear, the Toxic singer appeared to have opted for a tiny inking, no bigger than a penny on the underside of her right forearm.

She captioned the post: ‘Tattoo in Maui 3 days ago. Can’t show it because it sucks. Like really, really sucks! S**t! Pss… I have to fix it!’

That same day, Britney posted a now-deleted string of photos of herself and Justin playing basketball way back when.

According to Page Six, Britney captioned her social media post: ‘When we used to shoot hoops TOGETHER … that’s when miracles happened.

It comes after Britney’s husband Sam Asghari explained what actually went down at an LA restaurant this month after TMZ released a video of her ‘causing drama’ at the establishment.

The couple went out for a quiet dinner earlier in January, with TMZ later claiming that Sam, 28, became ‘visibly upset’ and ‘abruptly stood up and stormed out the door.’

The site also alleged that Britney caused a scene at the establishment in Woodland Hills, California, after becoming distressed when people took photos of her.

Eyewitnesses at the venue suggested the award-winning artist grew more and more upset and started ‘yelling’ and speaking in gibberish, a reaction that apparently prompted her spouse’s walk-out.

In response, actor Sam shared how his wife – whom he met on set of her music video in 2016 – feels ‘disrespected’ when she’s filmed while out and about.

Speaking calmly to paparazzi, he was asked by a TMZ reporter: ‘How are you and Britney? The other night, we saw the video from the restaurant, what happened? Can you elaborate a little bit?’

Sam replied: ‘People get a little too excited to see my wife, so everybody’s filming and doing their thing, but you know how it is… fame comes with the territory and I went to get the car to get the hell out of there and people just thought I left!’

‘But that didn’t happen,’ he assured, rubbishing rumours of any kind of kick-off.