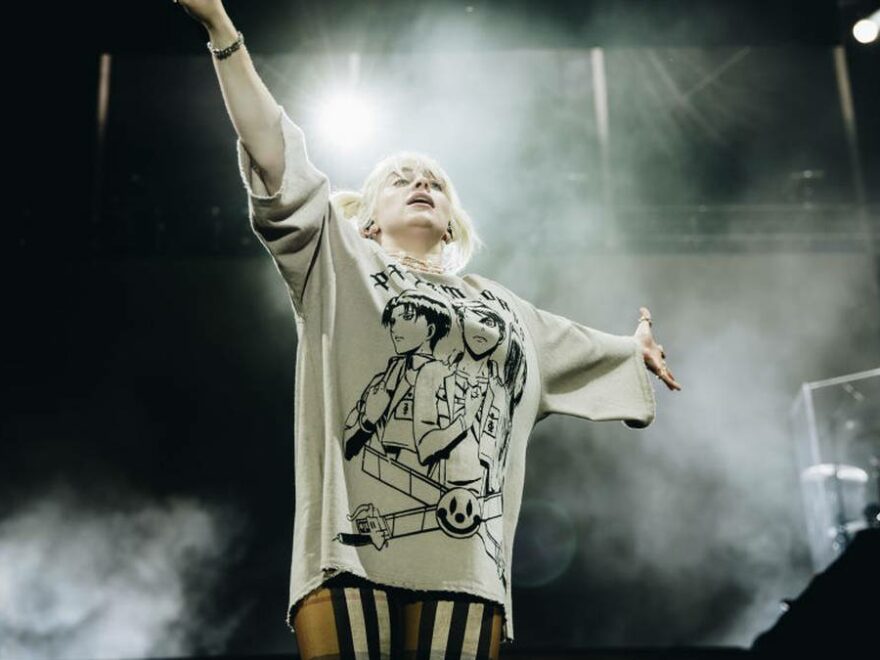 One of the biggest stars in the world is returning to New Zealand in 2022.

Billie Eilish has a staggering seven Grammy Awards to her name, and she’s bringing her Happier Than Ever tour to New Zealand next year.

That’s right New Zealand, you too will get to scream along to the lyrics of Happier Than Ever with Billie and thousands of fans.

Her first show in NZ was back in 2017 when she played a small show at The Tuning Fork ahead of her headline show at 2018’s Laneway Festival. In 2019, she returned and played a sold-out show next door at Spark Arena.

Now at just 19 years old she’s conquered stadiums, the charts, and has millions of fans. Just this week, she was announced as the youngest ever act to headline Glastonbury Festival.

The tour announcement marks one of the biggest international concerts planned here since the pandemic disrupted the live music industry. And it’s clear Eilish won’t disappoint – she’s known for her gutsy stage presence and incredible vocals.

Her latest album Happier Than Ever topped the album charts worldwide when it was released in July 2021, and features the singles Your Power, Therefore I Am, and NDA.

Fans will have to get in quick for tickets if her past shows are any indicator – her 2019 Spark Arena show sold out within minutes of going on sale. Her tour dates in the UK, North America, and Europe sold out in record time in May 2021.

The Herald’s review of that show called it “a masterclass in well and truly making it”.

Billie Eilish is also playing dates in Sydney, Melbourne, Brisbane, and Perth after she plays her NZ show.