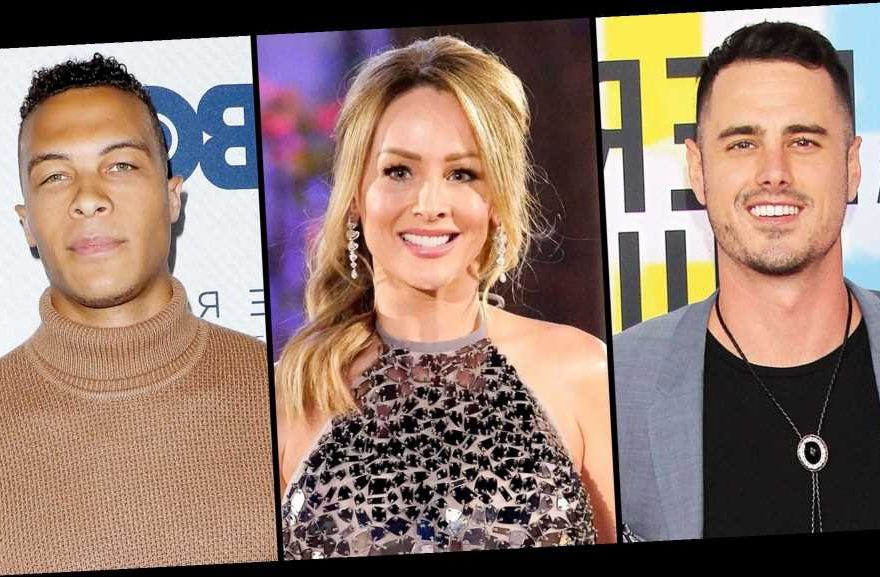 Breaking up is hard to do … especially in Bachelor Nation. Ben Higgins spoke candidly about why he believes Clare Crawley and Dale Moss’ split differs from other recent breakups within the franchise.

“Every relationship is different, right? Clare and Dale are different than other couples who have split, [for example], Becca [Kufrin] and Garrett [Yrigoyen], who had been together for a while,” Higgins, 31, exclusively told Us Weekly while chatting about his upcoming book, Alone in Plain Sight. “The Clare and Dale thing seems super messy. And I feel like there were things going on that were not fair and were not right. And as a result, like, somebody ends up getting hurt deeply.”

Crawley, 39, and Moss, 32, went their separate ways earlier this month, two months after their proposal aired on season 16 of The Bachelorette. After the hairdresser said she was “crushed” by the broken engagement, Moss came under fire from fans for his post-split social media activity, including sharing a smiley selfie with his sister.

Clare and Dale’s Messy Split: Breaking Down the Timeline

“I finally feel comfortable getting on here after having some time to process everything that’s gone on. I know a lot y’all have seen me smile on social media and say I don’t seem as hurt or burdened by this. But that’s the farthest thing — like, this time sucked,” he told his Instagram followers on Monday, January 25. “Thank God I have the friends and the family that I have, because they’ve literally had to carry me through the last two-plus weeks.”

While Crawley also alleged that she wasn’t “made aware” of Moss’ breakup statement until after he posted, the athlete has maintained that their split was a long time coming.

“This didn’t come out of nowhere. I love Clare and respect Clare enough to let her know how I feel, even if that’s against the expectations of everybody else, and it’s gonna take time,” he said. “I wanted nothing more than to make this relationship work, and I put my heart and soul into it each and every day. And I wanted nothing more than to build a healthy relationship.”

Higgins previously shaded Moss for blindsiding Crawley, calling it “completely inappropriate” for him to announce the split without her consent. The season 20 Bachelor, for his part, split from fiancée Lauren Bushnell in 2017 more than one year after their finale aired. (He has since gotten engaged to Jessica Clarke.)

“I have never met a couple that comes off the show that doesn’t want to make it work. That’s one thing that I’ve never seen yet — a couple that comes off the show, just wanting the fame of it,” Higgins told Us. “I think each one of them has the idea that this is going to work. So, I think that is the first step is wanting to make it work. Second, watching the show is not easy for any couple. I’ve talked to a lot of them. And you see the person that you’re in love with it, [the person] you’re trying to make a life with date other people, like, that doesn’t happen in the real world. That’s really hard to see.”

Higgins went on to share some words of wisdom for future Bachelor couples.

“My advice and how you can make it work is to communicate often, to give a ton of forgiveness and grace and then to move on as quickly as possible,” he said. “The important piece is making sure that as the show ends, you’re the team [and] that you’re making this work. It’s not going to be pretty. It’s going to be different than most relationships, but you’re going to commit to communicating and to investing into forgiving often until you can get to a place where your life starts to not be talking about your exes.”