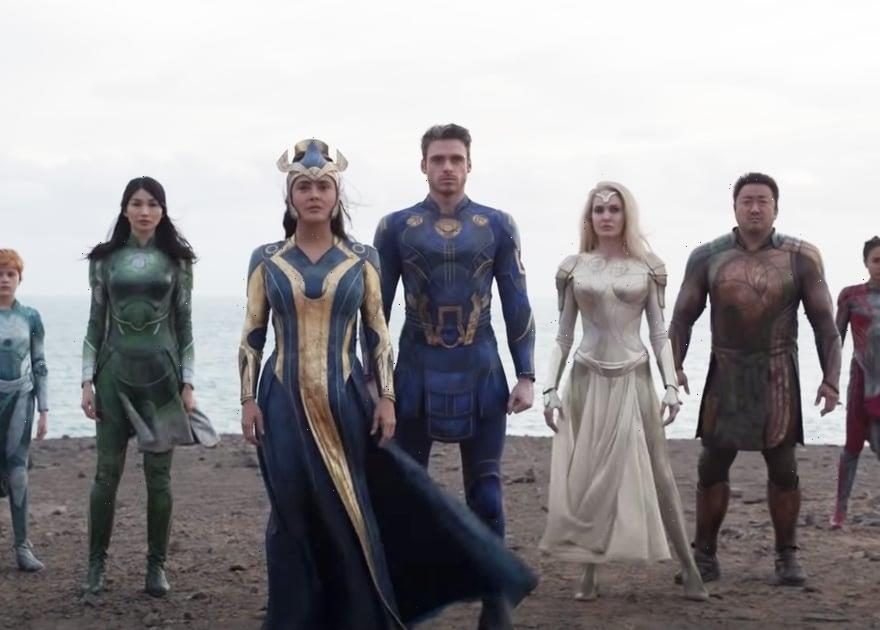 It’s only apt that the Eternals, virtually perfect extraterrestrial beings, are portrayed by a beautiful cast (hello Angelina Jolie and Kumail Nanjiani!) in Chloé Zhao’s The Eternals. But the Eternals didn’t just pop out of nowhere. To understand the Eternals, we really need to dig into the Celestials, their creators. But just who are the Celestials? Here’s what you need to know about these mysterious entities from the comics and past MCU films.

In the comics, the Celestials are powerful extraterrestrial cosmic beings (practically deities) who dramatically influence human history with their powers of energy manipulation. But they’ve been in existence long before humans, of course. The most critical thing that you need to know about the Celestials is that they produced the Eternals and the Deviants. Millions of years ago, the Celestials started genetically experimenting on Earth’s hominid population. In addition to creating homo sapiens, they also formed the Eternals (homo immortalis) and the Deviants (homo descendus). The Eternals turned out to be beautiful humanoids with cosmic powers. On the other hand, the Deviants came out genetically unstable, which led to their physical oddities and various mutations.

While we can expect The Eternals to dive more into who the Celestials are, the film wouldn’t be the first time we hear about these beings. If you recall, Guardians of the Galaxy gives us a sneak peek of the Celestials through Knowhere, the mining colony of Exitar that’s technically a severed Celestial head. The second installation of Guardians dives a little bit deeper into the Celestials, but not super extensively either. We learn that Ego, Peter Quill’s father, is a Celestial himself — Ego uses a human body to travel the universe and meet other species, eventually falling in love with Meredith Quill. Given how much the Guardians films have touched upon the Celestials, we should expect to see both The Eternals and Guardians of the Galaxy Vol. 3 further explore the backgrounds of these mysterious entities so that Phase Four of the MCU can get rolling!