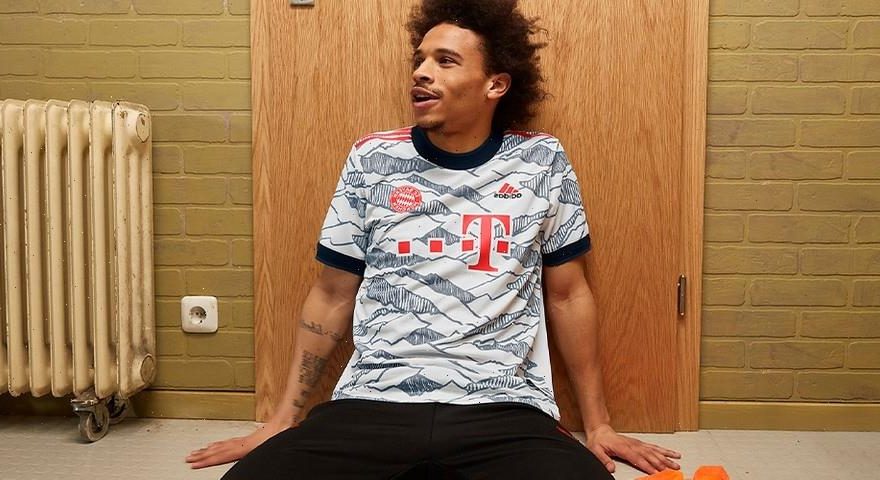 After paying tribute to the Bavarian capital for its 2021/22 away jersey, Bayern Munich has unveiled its third and final kit for the upcoming season which this time draws on the city’s mountainous surroundings.

Featuring a mountain silhouette as its core, the third jersey — designed alongside adidas Football — boasts the sleek white and blue color scheme associated with Bavarian culture, and darker blue accents on the sleeves and collar.

The three stripes on the shoulder, the logo and the number on the reverse are dressed in a vibrant red, matching the sponsors and the typical club lettering — “Mia san mia” — across the neck area.

Set to debut in the Supercup against Borussia Dortmund, Bayern Munich’s 2021/22 third kit is available to buy now from both the adidas and FC Bayern Munich club store.

In other news, HYPEBEAST has picked ten of the best kits across Europe for the upcoming 2021/22 season.
Source: Read Full Article