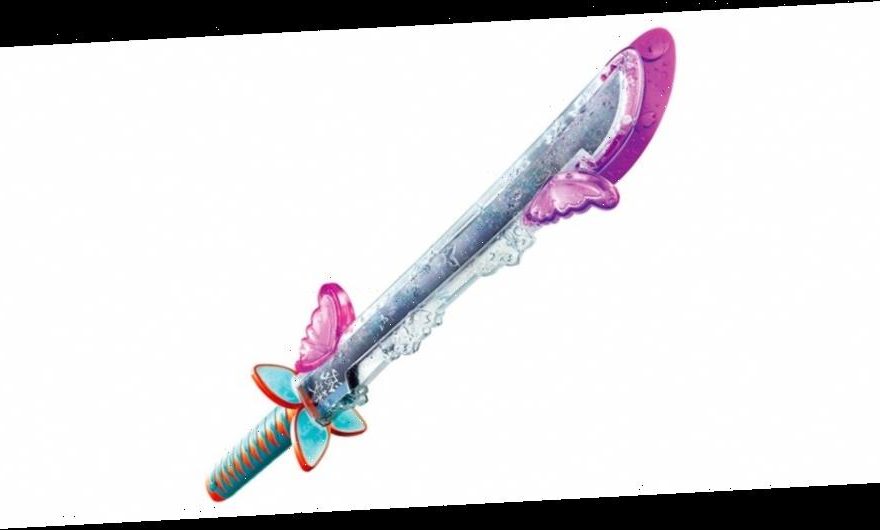 Bandai is releasing its take on the Demond Slayer lightsaber toy equivalent with a Shinobu Kocho’s Stinger sword.

As the Insect Hashira, Shinobu’s fighting style is insect-based, and she is exceptionally proficient at poison making — hence the presence of the butterfly wing guard. The toy sword is 55cm in length and features 35 different sound effects including some of Shinobu Kocho’s favorite lines. An interesting design element to her sword is that it was made by Tecchin Tecchikawahara and resembles an insect’s stinger which is why the majority of the sword is a rounded rod with just a sharp tip at the end.

Celebrating her in-story birthday, the pre-order for this Kimetsu no Yaiba DX sword is available starting from today for a price of ¥5,995 JPY (approximately $57 USD).