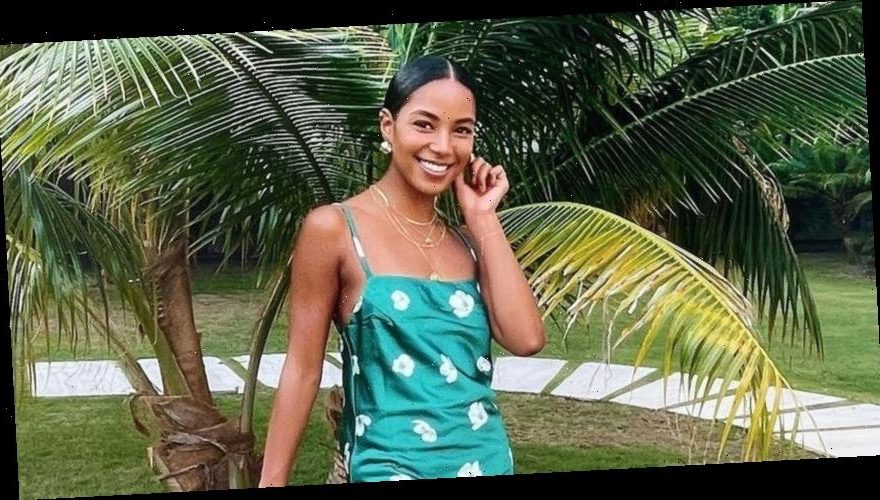 Bri Springs is looking to get back in the good graces of human resources after quitting her job to go on The Bachelor.

Bachelor Nation Stars Who Left Before the Final Rose

After sharing her story with Matt James on the Monday, February 15, episode, the 24-year-old took to her Instagram Stories to share a photo of herself laughing on a tropical vacation while holding an iPhone up to her ear and a coffee mug in her other hand.

“Me on the phone trying to get my job back,” she captioned the post.

Bri worked as a communications manager in San Francisco prior to joining the cast of the ABC reality dating series in the summer of 2020. During the cocktail party on Monday’s episode, she pulled Matt, 29, aside and candidly opened up about putting her career on hold in the middle of a pandemic with the hope of finding love.

“Bear with me because there have been things that I’ve been wanting to tell you and talk to you about, but it didn’t feel like the right time,” she told the former football player when they got some one-on-one time. “A few days ago, I did something really big. I had to resign from my position to be here. I knew that was a decision I was going to have to make. But after weighing what this journey could mean for me, to give me that opportunity to find love with someone, with you specifically, I thought it was worth it.”

Bri became emotional as she reflected on her “really hard decision,” telling Matt, “When I think about my mom being a single mom, she had to make a lot of sacrifices for me to have a better life than what she had. And so, my work wasn’t just a job to me. It felt like a dream. But being here with you makes it feel extremely worth it.”

After thanking the Texas native for sharing her story with him, the real estate broker said, “I can only imagine how hard that was for you, and the fact that it means you did that to be here with me is, like, everything.”

Bri ultimately advanced to the final four (and the upcoming hometowns episode) alongside Rachael Kirkconnell, Michelle Young and Serena Pitt.

After weeks of bullying accusations and the brief return of Colton Underwood’s former contestant Heather Martin, Matt’s dramatic season of The Bachelor took an unprecedented turn earlier this month when the franchise’s longtime host, Chris Harrison, announced that he was stepping aside and would not appear in the After the Final Rose special. He made the decision after coming under fire for defending Rachael’s past racially insensitive behavior during an interview with former Bachelorette Rachel Lindsay.

“I have spent the last few days listening to the pain my words have caused and I am deeply remorseful,” the TV personality wrote via Instagram on Saturday, February 13. “My ignorance did damage to my friends, my colleagues and strangers alike. I have no one to blame but myself for what I said and the way I spoke.”

For his part, Matt, who is the first Black Bachelor, said that he would stand with his BIPOC contestants who have been “advocating for change and accountability.”