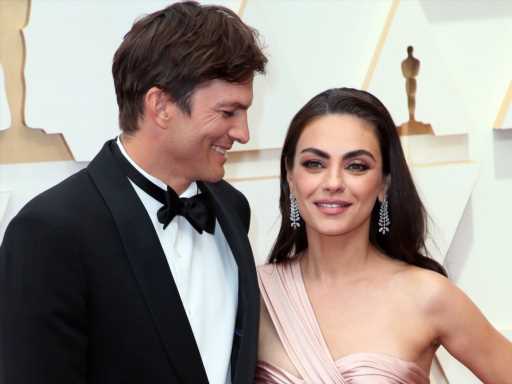 Playing Mila Kunis‘s love interest on That 70s Show for nearly a decade didn’t make telling her “I love you” for the first time in real life any less of a tequila-fueled endeavor, according to Ashton Kutcher.

In a hilarious TikTok video shared by Peloton, Kutcher joined country music legend Kenny Chesney for a run, each jogging on a Peloton treadmill. Kutcher begins to relay the important role Chesney played in his relationship with Kunis, saying, “The first time I told my wife that I love her was while listening to ‘You and Tequila.’”

The actor-turned-philanthropist went on to explain, “I might have had a little too much tequila,” which Chesney responded to with a buoyant laugh. Kutcher continues, “I showed up drunk at her house, at like two in the morning, and just started screaming, ‘YOU AND TEQUILA MAKE ME CRAZY!’” And I told her I love her, and she’s like, ‘Don’t say it if you don’t mean it! Are you going to love me in the morning when you wake up from this hangover?’”

Chesney continues to belly laugh while in mid-run — we respect their ability to carry a conversation while exercising; go off fitness kings — and Kutcher recalls, “I woke up the next morning and said ‘I still love you.’”

Chesney cheekily responds, “Well I had no idea that me and Grace Potter were such a part of a really intimate detail for you and your wife.” Kutcher plays along, saying “You and Grace Potter brought it home; these are fundamental moments of my life!”

Fans ate up the unexpected crossover in the comments, saying “This is the most kelso thing ever,” “Damn it Jackie,”and “If that isn’t goals I don’t want it lol,” but if there’s one thing they loved more about the video, it was seeing Kenny Chesney without his signature cowboy hat. 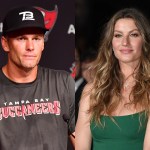 Fans were reeling, writing “…..THATS WHAT HE LOOKS LIKE WITHOUT HIS HAT?!,” “Why did I think Kenny was Jeff Bezos,” and “it feels…. wrong to see him without a cowboy hat.” Talk about a hilarious feel-good moment of the day.