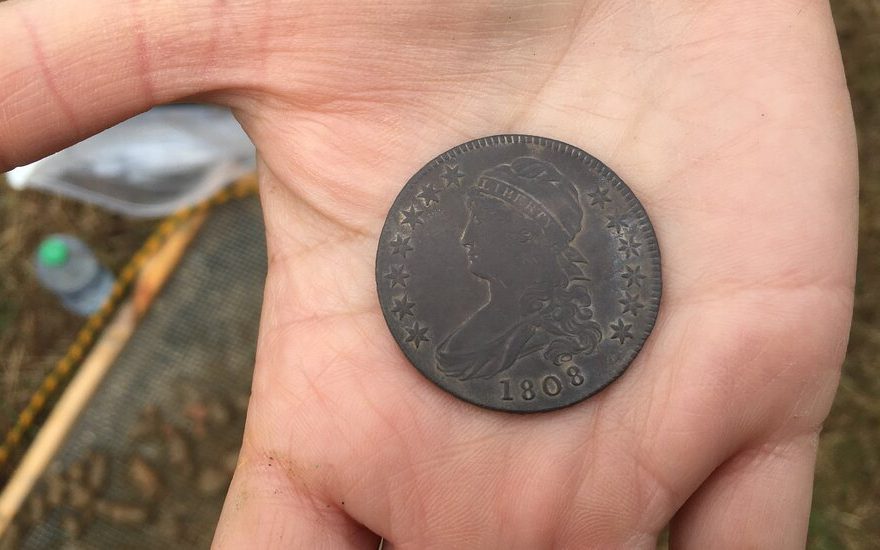 For at least two decades, historians had been searching for the site of the cabin in which Harriet Tubman lived with her family as a young adult.

“Land records told us it was here somewhere,” said Julie M. Schablitsky, the chief archaeologist at the Maryland Department of Transportation State Highway Administration, who led an excavation of the swampy terrain on Maryland’s Eastern Shore beginning last fall. “We couldn’t understand why we weren’t finding anything. It was like, ‘Where is this place?’”

Then, on a whim, Schablitsky swept a metal detector along the side of an abandoned road, closer to the river. And she found a coin from 1808 — the same year that Tubman’s parents, Ben Ross and Harriet Green, known as Rit, were married. And, not far away, she found ceramic shards that dated to the 1820s to 1840s.

It was then that she knew: She had located the cabin of Benjamin Ross, the father of Harriet Tubman, the Underground Railroad conductor. She had lived there roughly between the ages of 17 and 22, from 1839 to 1844.

“We could tell from the glaze that the time period coincided perfectly with the Ross cabin,” she said of the ceramic pieces. “I was like, ‘OK, this has to be it.’”

Her discovery made waves among historians when it was announced by state and federal officials at a news conference at the Harriet Tubman Underground Railroad Visitor Center in Church Creek, Md., on Tuesday morning.

“This gives us insight into a time and place in Tubman’s life we know very little about,” Kate Clifford Larson, a Tubman biographer, said in an interview on Tuesday. “The community really created this woman, and we can’t fully understand her until we understand the place she came out of.”

Tubman’s father was granted 10 acres of land when he was manumitted, or freed from slavery, around five years after his former owner Anthony Thompson’s death in 1836. He then bought his enslaved wife and sheltered Tubman and her siblings in the cabin, in what is now the federal Blackwater National Wildlife Refuge.

The site had been privately owned for years, which precluded archaeological excavation, Schablitsky said. But then the U.S. Fish and Wildlife Service bought the 2,600-acre parcel last year to replace refuge areas lost to rising sea levels, and the refuge manager, Marcia Pradines, heard that the lost cabin might, in fact, have sat on the land — and called Schablitsky.

After an initial delay because of the pandemic, and more than 1,000 test pits that turned up nothing but handfuls of goopy mud last fall, Schablitsky and her team returned to the site this spring — and made the discovery last month.

Larson said the skills the young Tubman learned from her father, who felled and sold timber and was himself an operative on the Underground Railroad, laid the foundation for her success in following in his footsteps.

“Her father taught her things like how to make your way through streams, rivers and marshes,” Larson said. “And how to navigate that landscape without getting trapped.” 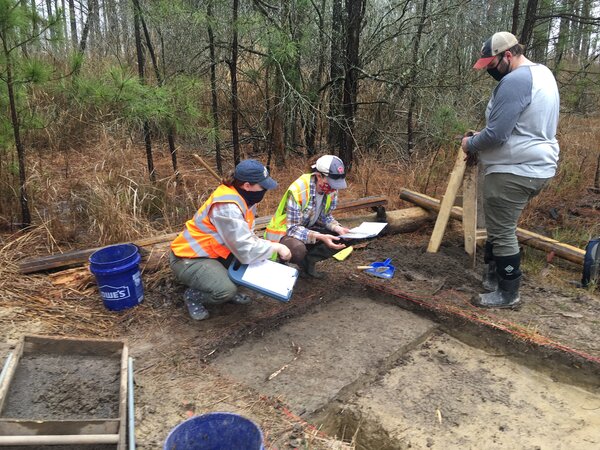 Tubman also interacted with free Black mariners who transported the timber to Baltimore shipyards, Larson said — and the knowledge they passed along may have aided her in leading people to freedom on the Underground Railroad.

“She knew a lot of those African-American mariners, who were called Black jacks,” Larson said. “They taught her how to read the stars and told her about other places beyond the Eastern Shore where it was and wasn’t safe to go.”

Tubman made 13 trips into the South over a 10-year period, helping to escort approximately 70 enslaved people to freedom.

“Since I started researching her back in the ’90s, she’s become more and more interesting to people,” Larson said.

“With very few resources, she was able to do amazing things,” she added.

Once the site is ready for visitors, Pradines said, it will be added to the Harriet Tubman Underground Railroad Byway, a 125-mile drive that includes more than 30 sites related to Tubman’s life and legacy. The Wildlife Service also hopes to develop a trail system around it where people can hike and bird, she said, which would be within three to five years.

In the meantime, Schablitsky said, plans were underway for further excavation this summer.