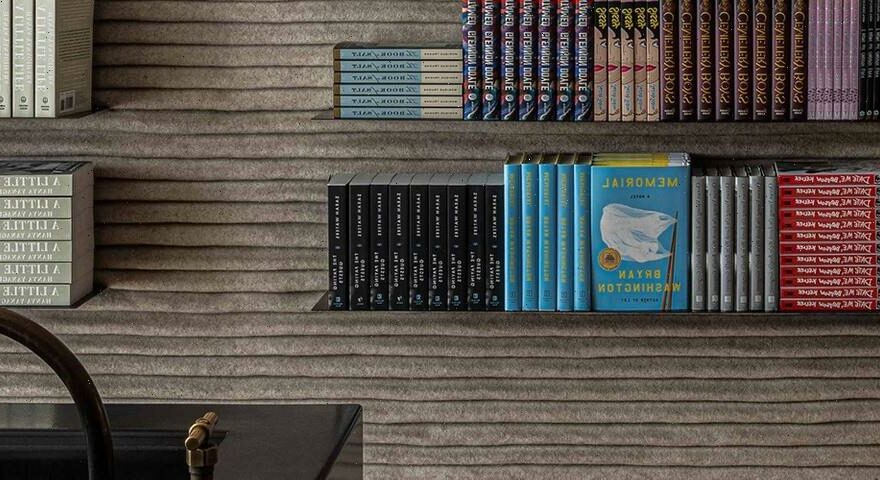 In light of London Pride being canceled for the second consecutive year, Aesop has transformed two of its London-based stores into a queer library, making way for shelves to be filled with titles from authors within the LGBTQIA+ community.

Taking over Aesop Soho and Aesop Borough, the queer library features 3,500 books purchased from the oldest queer bookstore in the U.K., Gay’s The Word, as well as 3,000 more volumes donated by Penguin Random House. In total, the library offers 80 different titles spanning fiction, non-fiction, and poetry, with many supporting or being produced by BIPOC authors and the trans community, such as Bernardine Evaristo, Mohsin Zaidi, and Shon Faye.

Speaking on the activation, Adam Kakembo, Aesop’s Chief Marketing Officer, says, “The way Aesop has chosen to celebrate Pride in the Americas is one of our most unique activations yet. We are not simply changing our logo or launching a Pride-themed collection, this multi-layer gesture of generosity is aimed at supporting our LGBTQIA+ staff, customers, independent queer-owned books stores and the communities within these three cities. As a company committed to building a diverse, inclusive, and equitable culture, we are mindful of the heinous crimes, discrimination, and oppression of the LGBTQIA+ spectrum.”

As a result, Aesop’s queer library educates, informs, supports, and broadens discussions in and around the queer community. Those wanting to experience the queer library for themselves can stop by the Soho and Borough stores and can pick up a book regardless if you buy something from Aesop or not — books will be limited to one per person, for the time being, but Aesop says “this library is intended as a moment of generosity and celebration, rather than a profitable endeavor.”

Lastly, Aesop has partnered with K Bailey Obazee, the founder of queer BIPOC storytelling platform PRIM, to develop a series of literary events in both the participating stores. This will launch with a conversation with the writer Ayishat Akanbi, discussing writing inspirations.

Take a look at the Aesop queer library above, and head over to its Soho and Borough stores from now until September 12 to experience the activation for yourself.

In other news, Carne Bollente has produced a capsule celebrating the legacy of Tom of Finland.