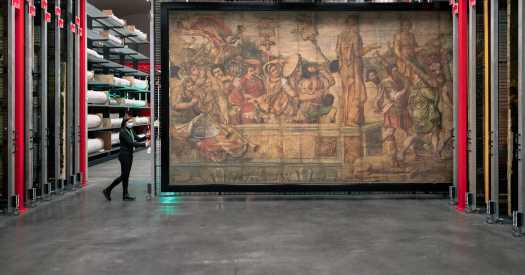 LIÉVIN, France — It is the most ambitious move in the history of the Louvre — a five-year project to transfer a quarter of a million artworks to an ultramodern storage site 120 miles away in northern France.

For more than 16 months, a stream of trucks has quietly hauled treasures from the museum’s central Paris basement, and other sites, to the Louvre Conservation Center, a fortress of culture set up in the town of Liévin, near Lens.

With museums in France closed because of the pandemic, Jean-Luc Martinez, the director of the Louvre, has time on his hands. On Tuesday, he took a small group of reporters on a tour of the newly operational site, which is intended to become one of Europe’s largest art research centers and to welcome museum experts, scholars and conservators from around the world. 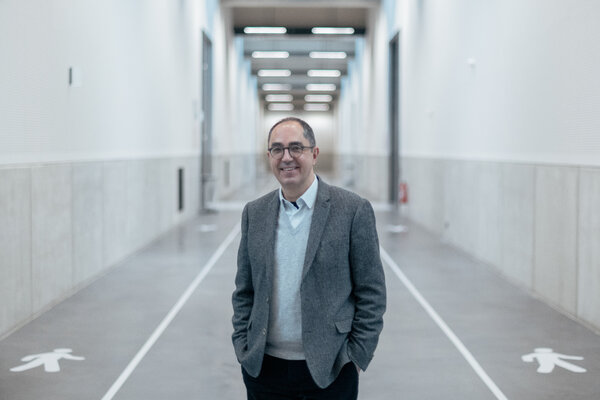 The Louvre sits on low ground along the banks of the Seine. In 2016, flooding in Paris was so severe that the museum itself was threatened, prompting a round-the-clock, emergency operation to wrap, crate and haul thousands of art objects out of underground storage and onto higher ground.

The conservation project in Liévin, costing 60 million euros, or about $73 million, began in late 2017 as a necessary response to the river’s unpredictable, inevitable rise.

“The reality is that our museum is in a flood zone,” Mr. Martinez said on the tour on Tuesday. “You can’t just pick up and move marble sculptures around,” he noted. “There was a danger that the sewers would back up and that dirty, smelly wastewater would damage the art. We had to find a solution. Urgently.”

The Louvre considered, then rejected, the idea of building a site close to Paris: too expensive and impractical. Instead, it chose Liévin, a 10-minute walk from the Louvre’s mini-museum outpost in the adjacent town of Lens, which opened in 2012.

This pocket of France, once a prosperous mining center, has never recovered economically from the bombing it suffered in World War I and the collapse of the coal industry. Local authorities were so eager to expand the Louvre’s presence — and to draw visitors — that it sold much of the land for the Conservation Center for the symbolic sum of one euro.

The glass, concrete and steel structure, which opened in October 2019, looks like a Bauhaus-style bunker partially buried into the landscape.

Trucks move the artworks into a garage where they are unloaded and placed in a temporary chamber to acclimate them to their surroundings and eliminate contaminants. Six concrete-walled storage vaults — each focusing on a different type of object — stretch over almost 2.4 acres. There are spaces for artisans, restorers, researchers and photographers from the Louvre and eventually for those from other museums as well. The Louvre hopes the site may one day provide a haven for art in danger of destruction in countries facing war and conflict.

Touring the vaults with their soaring ceilings, fluorescent lighting and floor-to-ceiling windows, Mr. Martinez stopped in one where chunks of marble and stone were wrapped in plastic and stacked in wooden crates on heavy metal shelves.

“In a storage facility that is well done, there is not much to see,” he said, a hint of apology in his voice. “Everything is wrapped up tight.”

Suddenly, on a high shelf near the ceiling, he spotted an intricate work in marble, sculpted by Bernini and intended as the base for a famous ancient statue in the Louvre of a sleeping hermaphrodite. And then, on a lower shelf, he pointed out a 1,300-pound chunk of stone that was once part of a building near the ancient Greek site of the “Victory of Samothrace,” another treasured sculpture from the Louvre collection.

“A researcher could ask to see the Bernini, or say, ‘I want to see the piece from Samothrace!’” he said.

In a nearby vault, Isabelle Hasselin, a senior curator, examined and cataloged more than a dozen small terra cotta figurines of the Roman goddess Minerva, found in Turkey. Ms. Hasselin lifted one, which showed two women, arm in arm, from a drawer of a metal cabinet, explaining how it had been badly restored with glue and a metal pin in the 1960s.

“We are able to do deep research here, away from the hustle and bustle of Paris — and away from the worry of flooding,” she said. “What a relief.”

With 620,000 works, the Louvre’s collection is the largest in the world. Only 35,000 of them are on display in Paris; another 35,000 are shared out around regional museums in France. More than 250,000 drawings, prints, and manuscripts — too fragile to be exposed to light — will stay in storage in the Paris Louvre, on a high floor safe from flooding.

The basement is not the Louvre’s only refuge for unseen artworks. Some are hidden in other storage areas throughout the museum; others are kept in secret locations around the country, where they were moved for safe keeping over the years. By the end of December, 80 percent of the works in the most vulnerable flood zones had been moved out, according to Brice Mathieu, the Conservation Center’s director.

In the process, curators have made some surprising discoveries. A forgotten wooden crate turned out to be filled with 6,000-year-old ceramic fragments from the ancient Persian city of Susa; restorers pieced it together into a vase. Another find from Susa was a stone shoulder that belonged to the museum’s 4,000-year-old sculpture of the goddess Narundi.

As Mr. Martinez wandered the halls of the center with Marie Lavandier, the director of the Louvre-Lens museum, they came upon an 18th-century leather box decorated in gold fleur-de-lis that probably once held a crown. Ms. Lavandier took a photograph on her cellphone.

“I see an object like this, and I say to myself, truly, we are protecting all the treasures and the sophistication of the museum throughout its history,” she said. “It moves me to the core.”