Jennifer Aniston is sharing a rare glimpse into her personal life. In this week’s issue of People, Aniston reflects on her life, how she manages to stay positive, and whether she’s open to getting married again.

The “Friends” actor revealed she’s “in a really peaceful place” right now and looks to activities like writing and meditation to help keep her sane. “Any kind of yoga practice is my meditation,” she shared, while noting that her faith keeps her going in tough times. “I just have faith in a bigger picture, I guess. And I believe in humanity, even though there’s so much to discourage us from believing in it.”

Human like the rest of us, “The Morning Show” star opened up about her time in therapy and for her, “self awareness is key.” “I’ve really gotten a lot out of therapy,” she revealed. “Just being a public person, there’s a lot of amazing things that come with that. But there’s also a lot of tough stuff.”

Aniston, 52, continued to tell the outlet how friends and family continue to engage in media speculation and her response — just ignore it.”Sometimes you can’t help family members or people sending stuff over going, ‘What is this? You’re having a baby? Are you getting married?’ It’s like, ‘Oh, good gosh, when and how many years will it take for you to ignore that silliness?'”

Her personal life seems to be thriving, but does she want to take that next step in her love life?

Jennifer Aniston says marriage is not on her 'radar' 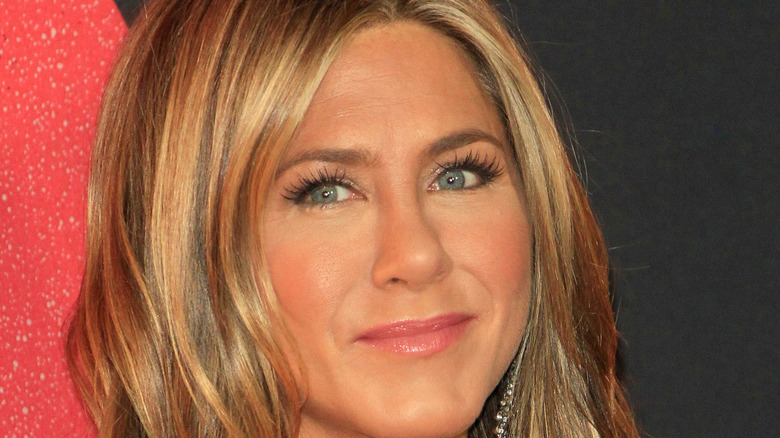 Don’t expect Jennifer Aniston to walk down the aisle or see her dating profile on an app anytime soon. The “Along Came Polly” star got candid with People on her love life and how she chooses to find it.

With two previous divorces, one to Brad Pitt in 2005 and again to Justin Theroux in 2018, it’s safe to say marriage is not on her “radar” right now. For Aniston, it’s all about finding the right partner and she doesn’t need a piece of paper to validate that.

When asked if third time’s the charm, she said, “Oh God, I don’t know.” “It’s not on my radar,” she explained. “I’m interested in finding a fantastic partner and just living an enjoyable life and having fun with one another. That’s all we should hope for. It doesn’t have to be etched in stone in legal documents.”

While stars like Ben Affleck and Channing Tatum have been seen on the popular celebrity dating app, Raya, Aniston shares that’s not her thing and she prefers to take a more traditional route. “Absolutely no, ” she told the outlet instantly. “I’m going to just stick to the normal ways of dating. Having someone ask you out. That’s the way I would prefer it.”

In the meantime, Aniston chooses to “lead [her life] with love” and be remembered for her “good heart” and for being “a great friend.”