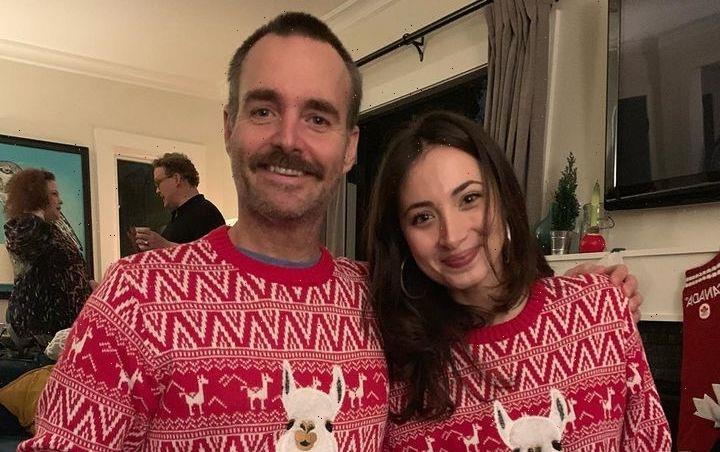 The former ‘Saturday Night Live’ star, who welcomed daughter Zoe in February with his now-wife, reveals that they got married when they were in New Mexico.

AceShowbiz –Will Forte is officially a married man. Revealing that he secretly tied the knot with his fiancee Olivia Modling on July 31, the “Saturday Night Live” alum detailed their surprise nuptials in a new interview.

The 51-year-old, who welcomed daughter Zoe in February with his now-wife, shared his story when sitting down with PEOPLE. The actor/comedian revealed that they exchanged wedding vows when they “were in New Mexico, making ‘MacGruber‘,” an upcoming Peacock series based on his MacGyver parody character.

“We had gotten engaged right before the first COVID lockdown. And so when we were just starting to talk to planners, people were having to shut down their weddings. At the time, we said, ‘We’re in no rush. We can figure it out later,’ ” he recalled. “So then COVID goes by and we’re quarantining for a long time. And then the baby is this wonderful news. We find out we’re having a kid. And so we were in no rush, but every once in a while we would think about, ‘Let’s just do it.’ “

“The Last Man on Earth” star divulged that he and Olivia made the decision before their family visited them in New Mexico. “We realized, ‘Oh, all the people that we would want to be here are going to be here,’ ” he said. “Most of them, because a lot of my closest friends work on MacGruber with me. They were already in Albuquerque, so we just decided very last minute, ‘Let’s just have this wedding, surprise my parents.’ “

“They didn’t even know until they pulled into the parking lot. And we just had this really fun, delightful wedding, pretty small, in the back of Jorma Taccone’s house,” he added. “My parents were totally surprised. It was so stressful, the two weeks where we were planning. I can’t imagine having a year or more to stew over wedding plans.”

Noting that he has been enjoying married life, Will gushed, “It’s fun to say, ‘Wife.’ ” He further raved, “I’ve never worn any jewelry in my life and it’s fun to wear a wedding ring. It already felt like we were married before. It doesn’t feel a lot different, but it’s still fun and exciting to say, ‘Wife.’ She’s great. I needed to find somebody who was a very patient person and she’s the most patient, understanding woman in the world. I’m feeling very happy and very lucky these days.”