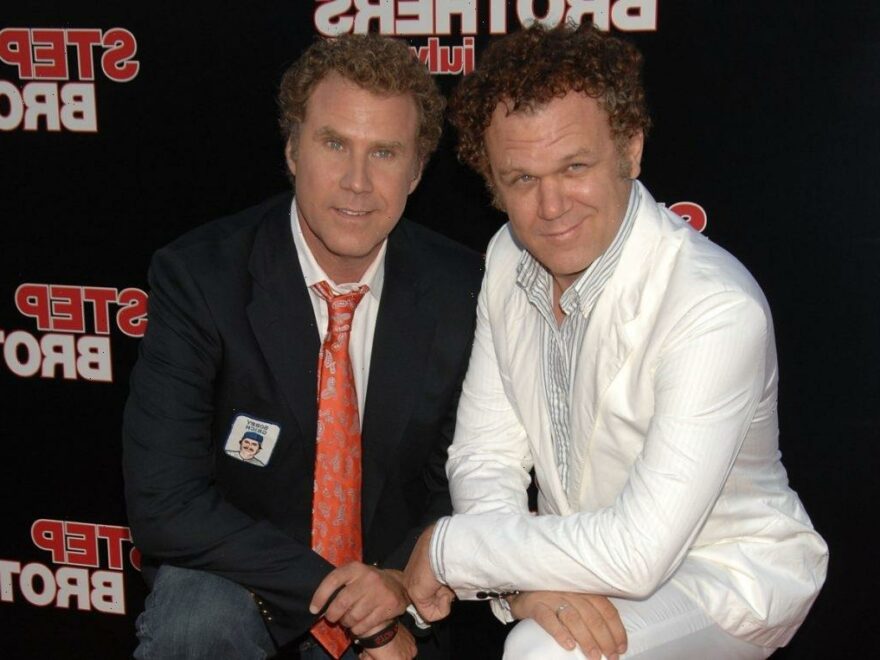 Will Ferrell has given fans glimpses of his imagination with works such as Eurovision, Anchorman, Talladega Nights, Elf, Step Brothers, and Semi-Pro. Fans have seen him sing, perform hilarious gags, and arguably make a fool of himself on the big screen.

He often receives help in the form of silly co-stars such as John C. Reilly, Adam McKay, or even Mark Wahlberg. And Ferrell doesn’t go home empty-handed from set. In the case of Step Brothers, he kept one film prop that he loves to shows off at dinner parties.

Ferrell played Brennan Huff in 2008’s Step Brothers, starring opposite John C. Reilly. When their characters Brennan and Dale first met, they engaged in a petty game of one-upmanship that involved ridiculous gags. But then again, Brennan should have never touched that man’s drum set.

In the famous scene, the pair got into an argument and Ferrell’s character weaponized his genitals by rubbing them on Dale’s drum set as an attack. It’s wild, and it set Dale off. Then the two had a knock-down and drag ’em fist fight.

Ferrell revealed to talk show host Graham Norton that he saved the prosthetic testicles from set and brought them home as a memento. “I have brought these out — much to the horror— at many a dinner party. I’ve presented these,” he said while holding them for a camera close-up. He once revealed that it cost $10,000 to create and the appendage was fashioned by a top notch makeup and special effects team. Sit with that for a moment.

While co-star Reilly hasn’t mentioned any special keepsakes, he told Good Morning America that people love to yell quotes from his movies at him. “It’s always strange to have 11-year-old boys scream, ‘Boats and Ho-s!’ at you,” Reilly joked. That Step Brothers music video is just as beloved as the drum scene.

Ferrell also made Ron Burgundy a legendary film character, so it’s only right that he has props from the Anchorman movies. He told Norton that he saved his Channel 4 ring from his costume, and apparently he has one of his suits too.

Back in 2014, Ferrell appeared on the Dan Patrick Show and revealed that the studio typically keeps props to put on display after wrapping a film. However, he managed to snag a Burgundy suit, and of course, the prosthetic.  He referred to the latter as one of his most treasured possessions.

For nostalgia, here’s where to stream ‘Step Brothers’

Though Talladega Nights and Stranger Than Fiction are available on Netflix, Ferrell’s classic Step Brothers is not on the platform. Fans can rent the film on Amazon Prime Video, Vudu, Apple TV+, or YouTube.

The odds of a Step Brothers sequel happening are fairly slim — according to Ferrell, Reilly, and director Adam McKay — but fans can take comfort in knowing that many of the shenanigans and events in the original came from their real lives. Even “Don’t touch my drum set” is pulled from reality.