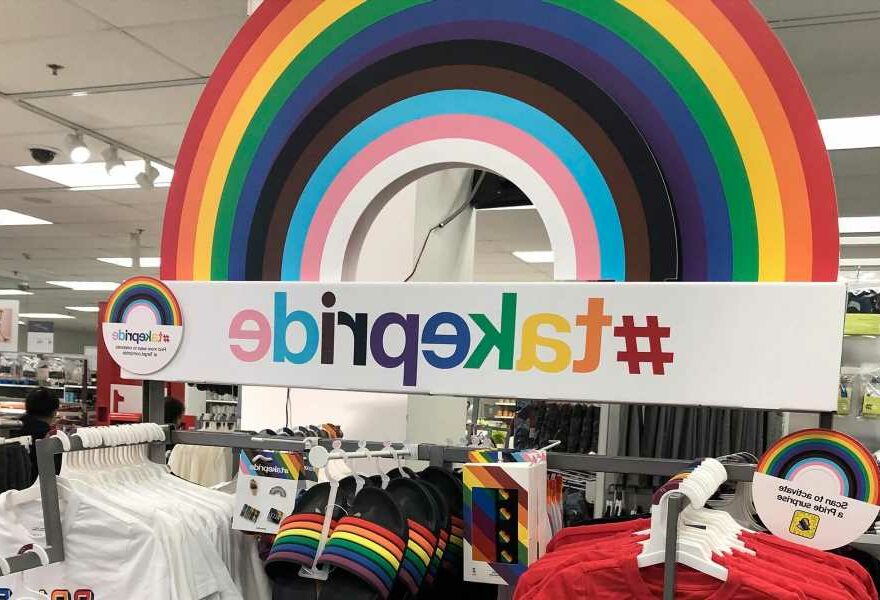 When we think of Pride Month, we think of elaborate parades, all-night raves in Bushwick lofts, and extremely well-dressed people drinking mimosas on the street at 11 a.m. We also think of merch, specifically the grand tradition of corporate Pride merch: companies trying to cash in on LGBTQ Pride regardless of whether they actually support LGBTQ rights in general by rolling out rainbow themed T-shirts and yass kween mugs.

Most of large corporations’ efforts to cash in on Pride fall somewhere in between gently cringe and actively offensive. Every year, however, mega-institutions try to up the ante by posting the most tone-deaf Pride content possible, with the U.S. Marines recently being widely roasted on social media for posting a photo of a helmet flanked by rainbow-hued bullets.

Pride Month Is Here, But You Can Support These LGBTQ-Owned Businesses Year-Round

How True Is 'Respect'? Fact-Checking the Aretha Franklin Biopic

On social media, many creators have been calling out the cynicism of Pride Month and how corporations cash in on it. TikTok creator Dinonuggets.jpg, aka Connor Clary, has posted his own series of hilarious and scathing reviews of big-box Pride Month merch at stores like Target and Walmart (he says a rainbow-colored shirt with the slogan “Lesbow” is probably the most cringe piece of apparel he’s seen so far). This week, he went on Don’t Let This Flop, Rolling Stone‘s podcast about internet culture, to discuss the commercialization of Pride.

“We all know it’s not genuine. It’s something that they’ve started doing recently just because it’s suddenly profitable,” he tells Rolling Stone. “They wouldn’t be doing it if it weren’t. And for me, it just feels weird as a gay man to walk into a store and see these companies trying to sell your identity to you…..none of it is liberatory in nature.”

Clary says he has gotten backlash for his videos, primarily from heterosexual self-identifying “allies” claiming LGBTQ people should be “grateful” for the fact that corporations sell Pride merch at all. Yet the onslaught of Pride-themed apparel, he says, is simply a reminder of how far Pride Month has strayed from its original historical roots.

“It was originally a riot and it’s really strayed from the radical roots of queer politics and actual liberatory practices and thought,” he says. “Even when you go to Pride Fest and stuff, what does it mean as a gay person to walk in and see a bank trying to give you a button with a rainbow on it that doesn’t really have any kind of roots in what Pride means?” He says the commodification of Pride Month reveals “that LGBT people have become more profitable, as opposed to more accepted.”

This week on Don’t Let This Flop, co-hosts Brittany Spanos and Ej Dickson also discuss Mormon Mom Swinger TikTok, monkeypox-related moral panics, and how Steve-O from Jackass is the prototype for Himbodom.