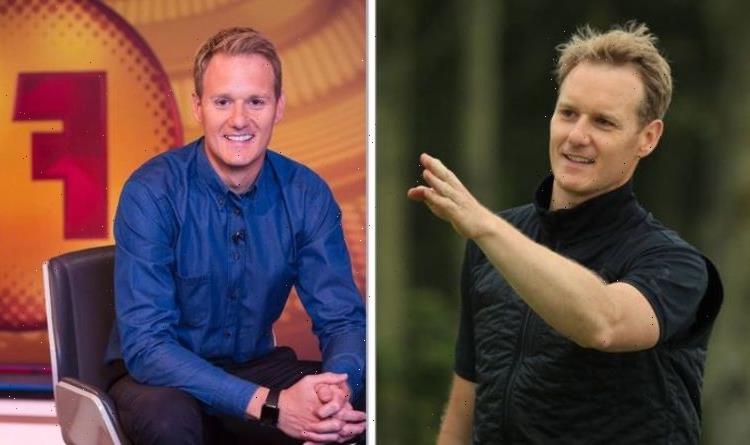 Dan Walker, 44, has taken to Instagram to express worries over his appearance as he posted himself coming out of the sauna. The BBC Breakfast presenter also admitted he was struggling to sleep.

Dan posted the story out to his 267,000 Instagram followers earlier this evening.

He captioned the photo: “Hoping for a good night’s sleep after this.

“First sauna of the year. No idea why I look so terrified.

The snap featured Dan making a scared-looking pose to the camera.

This wasn’t the only time Dan shared updates on Instagram today.

Another photo Dan posted on his story showed him sitting at the BBC Breakfast table, showing off his new brown boots.

It showed her having a coffee with breakfast as she watched her former Strictly partner presenting BBC Breakfast on Monday morning.

The final story post was a photo of an earlier question posed by Dan, in which he asked fans, “What do you want to know?”

One fan responded, saying: “Not a question but wanted you to know you’ve inspired me to start ballroom classes at City Limits.”

Dan then responded, saying: “That’s great to hear… the guys at @City_Limits_dancentre are brilliant.”

Another fan, @peake_of_the_week, said: “Just had my first ballroom and Latin class at @City_Limits_dancentre and it was fantastic.”

Dan Walker also spoke out today after Michael Gove, who he was supposed to interview, got stuck in a BBC lift for 30 minutes this morning.

The Cabinet Minister was supposed to appear on BBC Radio 4’s Today programme at 8.10 in the morning to talk about his plans to overcome the cladding crisis.

The news was revealed by presenter Nick Robinson who said to listeners: “You might have been hoping to hear from Michael Gove at this time.

“He had very kindly come into the building so we didn’t have to deal with one of those awkward line failures.

“Mr Gove is stuck in the Broadcasting House lift.

“I wish I could say this is a joke, it is not a joke, and it is not very funny for Mr Gove and the security man, who have been stuck there for some time.”