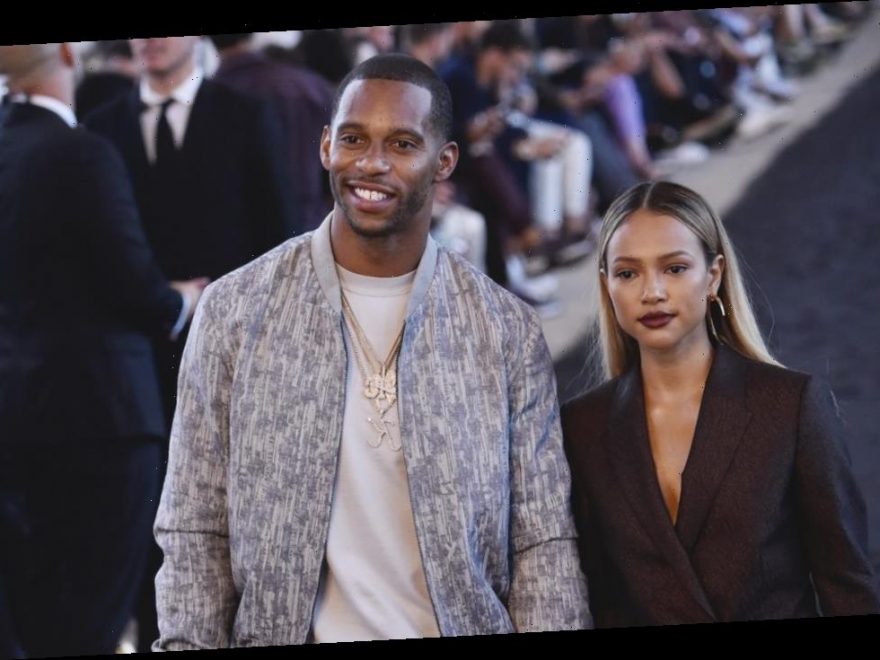 The relationship between Karrueche Tran and Victor Cruz appears to be over. Despite becoming one of Hollywood’s favorite couples and talks of marriage, Tran and Cruz have reportedly split due to distance and their hectic schedules.

Cruz and Tran began dating in 2016. During a visit to The Wendy Williams Show, the former NFL star told Williams how his relationship with Tran came to be.

“I would see her around and we would have conversations, but as I got reintroduced to her through a mutual friend, I was like, ‘I gotta take a shot at this if I want her to be my girl and I want to take her seriously, I gotta take a shot,’” he explained.

Cruz split with his longtime love before his burgeoning relationship with Tran began. He later invited Tran to a private birthday celebration where he finally asked her out. They two went to a dine-in style theater to watch Cruz’s favorite movie Pulp Fiction.

Related: How Karrueche Tran Moved On From Relationship With Chris Brown

Of her romance with Cruz, Tran told Us Weekly that she was attracted to him because of his overall nice demeanor, something she admitted she had to get used to.

“He’s so sweet, like a really nice guy,” she said. “He’s genuinely kind and it’s so refreshing to be with such a kind, great guy. And it doesn’t hurt that his body is bangin’!”

There were even talks of the two walking down the aisle. Though Tran said she was not rushing marriage, she gushed at the possibility of one day becoming Mrs. Cruz. Her beau shared the same sentiments.

Questions surrounding Tran and Cruz’s split have lingered for a few months. Fans of the couple noticed that neither posted the other to their respective social media accounts for months, with the exception of wishing one another a happy birthday. Furthermore, it was later discovered by fans that Tran and Cruz wiped their Instagram pages clear of one another.

A source claiming to be close to the situation told E! News that the couple has indeed broken up.

“Right now, they are focused on continuing to grow their successful careers,” explained the source. “There are no hard feelings. This is just a case of two people moving forward in life separately.”

Per the report, Cruz and Tran lived on separate coasts, with Tran living in California and Cruz staying in New Jersey to be close to his 9-year-old daughter. The former couple admitted that the coronavirus pandemic made it difficult to see one another, but maintained that they kept in touch via Facetime and joked that they talked “20 times a day.”

At th time, Cruz told E! of their dozens of daily phone and Facetime calls, “Every day I’m like, ‘Well, tell me something you’ve probably never told me before,’” he said. “Now, we’re forced every day to have these conversations and some are deeper than others…I’m happy about this time in that regard.”