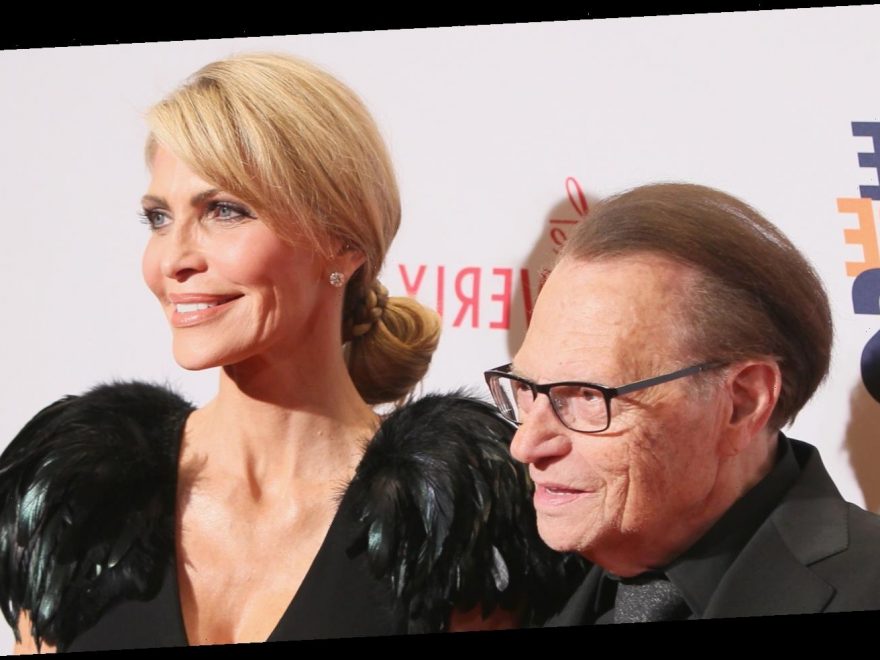 If, as Oscar Wilde said, “Marriage is the triumph of imagination over intelligence. Second marriage is the triumph of hope over experience,” then Larry King could well be one of the most optimistic people on the planet. From a first marriage that took place when King was just 18 years old (and lasted just a year), he went on to marry eight times (twice to the same woman — Alene Akins from 1961 to 1963 and from 1968 to 1971). But of all these, it was his last marriage to Shawn Southwick that endured for 22 years (via Daily Mail).

While King had said he wanted to divorce Southwick in 2019, the revelation that King is being treated for COVID-19 at a Los Angeles hospital also revealed that Shawn King was still very much married — albeit estranged — to the talk show legend (via Showbiz 411).

Shawn King is no stranger to show business because she is in the industry herself. She is a former singer, television host, actor, and producer who has appeared in a variety of 1970s and 1980s television shows including Knight Rider, Remington Steele, and Who’s the Boss? She also hosted a regular TV show, USA Network’s Hollywood Insider, from 1990 to 1996 (via People).

Even if she didn’t become an actress, Shawn would have been exposed to the ins and outs of Hollywood anyway. Her father Karl Engemann was the Vice President of Artist & Repertoire at Capitol Records, and he was singer Marie Osmond’s manager for 35 years. As of 2019, Engemann was also Larry King’s manager. Shawn’s mother Jerri is a singer, having performed with the 60s group the Ray Conniff singers, with Elvis as a studio singer, and with Bob Dylan. Fun fact: Shawn’s Uncle Bob Engemann was part of the 1960s trio The Lettermen.

Shawn and Larry King’s marriage began in a hospital room in 1997, just days before Larry was scheduled to undergo surgery to clear a blocked blood vessel. The couple had their sons Chance Armstrong King in 1999 and Cannon Edward King in 2000. But Chance and Cannon aren’t Shawn’s only children. She has another son from her previous marriage to Daniel Southwick, a professional football player whom she married in 1980. Their son Danny was born in 1981 and played in the AFL. Shawn and Daniel Southwick divorced several years after the birth of their son (via People).

Shawn has had several problems arise during her 22 year-long marriage to Larry. She entered rehab in 2008 after she professed an addiction to painkillers, and in 2010, she was found unconscious after an overdose (via HuffPost). People reported that the overdose came after reports that Shawn cheated on the talk show host with their son’s baseball coach, Hector Penate.

Shawn would reportedly go on to cheat on Larry King a second time, but this time, the affair would take place over a year. In 2016, Page Six had quoted a source as saying that the Kings’ marriage had been over since 2010 and that they were sleeping in separate bedrooms. The gossip sheet also quoted the source as saying, “They just show up for appearances. She loves being Mrs. Larry King and the travel. She stays with him for the kids’ sake.” While Page Six also reported that the couple had denied the rumors, these were later confirmed by People who said, “It’s true, and Larry is completely embarrassed and anguished by all of this. He doesn’t know what to do.”

It would take another three years before Larry King would announce that he wanted to divorce Shawn, who told Daily Mail that the announcement came as a shock to her. “I was crushed, I had no idea that this was coming, it hurt yeah. I was totally blindsided.”