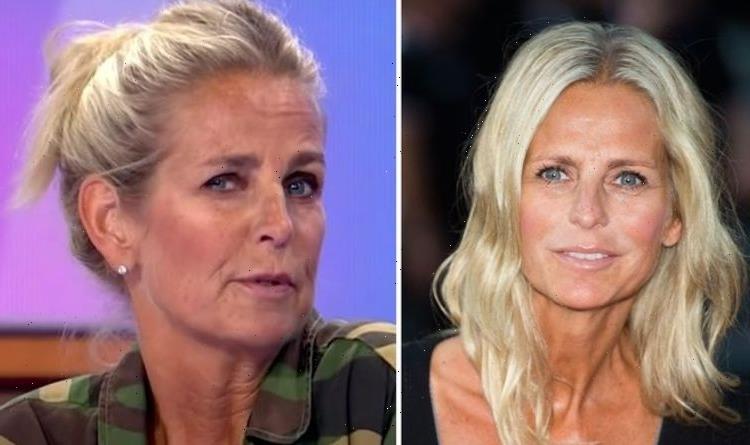 Ulrika Jonsson and John were married from 1990 to 1995. However, when John later uncovered that his then-wife had cheated on him, he called it quits with the former model.

He would go on to file for divorce by the year’s end.

The very first Christmas I spent apart from my first husband

In her column for The Sun, the mother of four – who welcomed her firstborn, Cameron, with John during their marriage –  explained that she decided to let their child spend Christmas with his father while she remained at home by herself.

Though they had initially planned to spend the day together, after the cheating scandal erupted in her relationship, Ulrika noted she was clearly at fault for how things had turned out between the two.

She added it would not have been right not to have Cameron see his dad.

“The very first Christmas I spent apart from my first husband – a mere two months after my marriage came to an end – I had to bite the bullet and let him have our son,” Ulrika said.

“I’d been unfaithful and guilt definitely got the better of me.”

She continued: “Our son was just over a year old and I spent that Christmas alone.

“It was painful, but it felt like the right and reasonable thing to do.”

After enduring her worst Christmas in 1995, Ulrika and John began alternating who got to spend Christmas with Cameron, which the publication noted they “still do to this day”.

“We gradually found our way towards compromise and a Yuletide respect, of sorts,” she added.

Ulrika made headlines last month when she detailed a time she had been contacted by her son’s school, who accused her of endangering her children.

The call came after the Sweden native had taken to Instagram to document her girls’ night out with her daughter Bo.

The following day, Ulrika admitted being kicked out of a bar for drunkenly falling over on multiple occasions and quipped that she could not remember much from the evening, including why two men were sleeping at her house.

Apparently, the joke didn’t sit too well with some of her followers, as someone had gotten in contact with her son’s school to stress that the teen was not safe under his mother’s care.

The incident had left Ulrika “raging, internally and externally” because she takes pride in being a mum of four and would never put her kids in harm’s way, she clarified.

Ulrika addressed the situation, saying: “What infuriated me about this sad Karen was not only that she was clearly in dire need of a good night out, nor that she didn’t know the facts but chose to comment anyway.”

“But that she was carrying on the patriarchal narrative that a woman should avoid having an ‘unknown’ man in her home for fear of being raped or attacked.

“Once again, making it the woman’s prerogative AND responsibility to protect herself, NOT the job of a man to behave appropriately.”

Ulrika is a mum to Cameron, 26, from her first marriage with John, and daughter Bo, 21, from her ex Markus Kempen,

She also has her 16-year-old daughter, Martha, with ex-husband Lance Gerrard-Wright, and a fourth child, Malcolm, 12, from advertising executive Brian Monet.