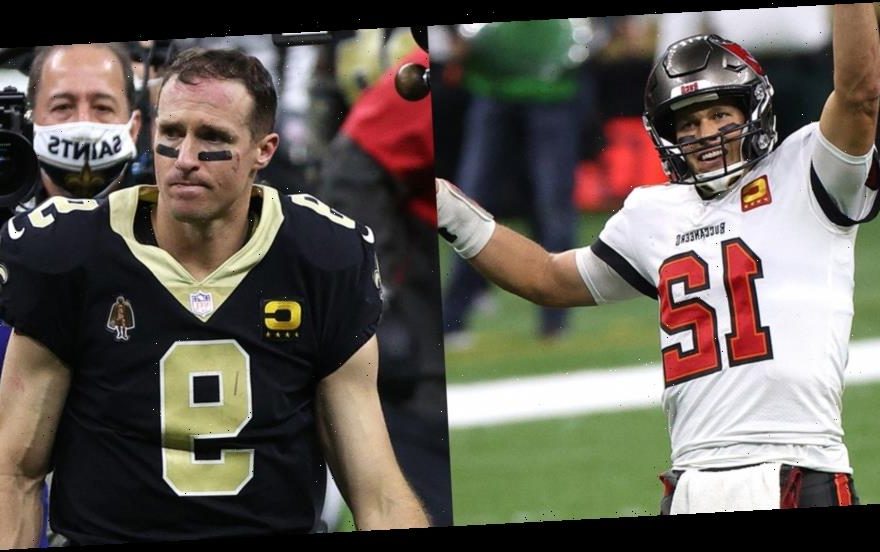 Longtime NFL stars Tom Brady and Drew Brees played against each other this weekend and they shared a touching moment after the game.

The guys spent time with Drew‘s kids on the field after the game on Sunday (January 17) at the Mercedes-Benz Superdome in New Orleans, La.

Tom‘s team, the Tampa Bay Buccaneers, beat Drew‘s team, the New Orleans Saints, and will move on to the NFC Championship Game this coming weekend.

Drew and his four kids – sons Baylen, 12, Bowen, 10, and Callen, 8, and daughter Rylen, 6 – were all on the field with him while spending some quality time with Tom after the game.

Tom threw a touchdown pass to one of the boys and the moment was caught on video. While walking away, Tom was heard telling one of the boys, “Be nice to your sister.”