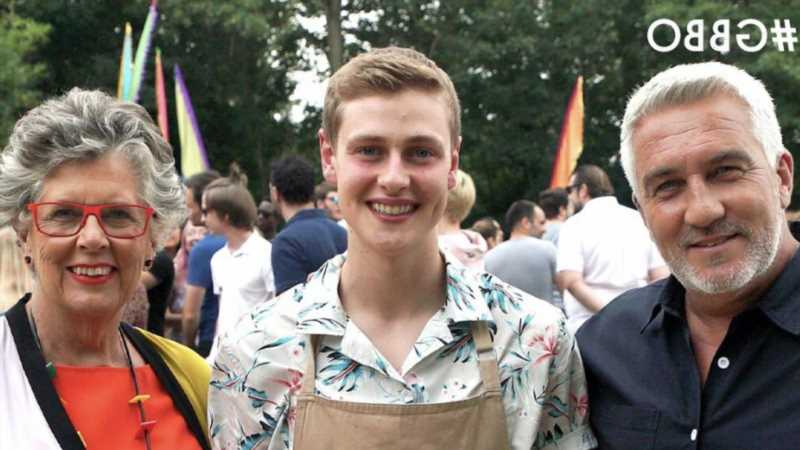 If you’re in need of some comforting, light-hearted TV then “The Great British Baking Show” will have you covered. From Paul Hollywood’s quips about soggy bottoms to delicious cake masterpieces, the bakers prove that completing the challenges isn’t always a walk in the park. And when things go wrong, it tends to end in a delicious disaster. So, here are the biggest failures in “The Great British Baking Show” history. Some contestants redeemed themselves and went on to win the show. However, for others, their mistake was one step too far.

“The Great British Baking Show” has become somewhat of a sensation, and Delish outlines that the interview process to get a spot in the tent is pretty tough. Speaking about the show to Radio Times, judge Paul Hollywood called it the “biggest thing on TV for 30 years.” And speaking about his bad cop image, he said, “People compare me to Simon Cowell. I’ve seen Simon, and he said, ‘They say you’re like me.’ But I think Simon’s gone soft. I’m much stronger than him. Simon bends to the will of the people, and he’s become more about the personalities now than the actual quality of the voice. Mine’s all about the quality of the baking, not the personality. I don’t care who the personality is; what I do care about is what’s on that plate.”

And when the baker’s creations go a little astray, they have to face the piercing blue gaze of Hollywood.

Tasked with making a baked Alaska on a very warm day, the bakers were in stress mode. Making the perfect sponge and ice cream in difficult conditions was no small task. The bakers were told that in order to get a perfect bake they’d need to keep all of their components at the correct temperature. This meant a lot of walking back and forth to the freezers.

At one point, Diana removed Ian’s ice cream from the freezer and, in the pressure of the moment, she forgot to tell him. Upon realizing this, Ian tried to remove his ice cream from the mold for it to pour out like milk. At first, Ian sought comfort in the show’s host at the time, Sue Perkins, but it seemed all was lost. Announcing “I’ve got a serving suggestion,” he threw it all in the bin and served nothing to the judges. A true disaster.

Some disasters in the “Baking Show” tent are entirely preventable or sit comfortably in the hands of the bakers. However, at other times their fellow bakers have acted like a little bit of a hindrance. In 2013, Paul Hollywood and Mary Berry tasked the bakers with making a trifle. As it was a classic dessert, they were expected to put their own twist on it. However, this isn’t where one of the bakers fell down.

In order to create the clearly defined layers that you’d expect to see in a trifle, the bakers had to cool their custard. With a limited number of fridges, it could get quite confusing as to whose sweet treats are whose. And that’s exactly what happened to Howard. After putting his custard away, Deborah took Howard’s custard out mistaking it for her own. Putting it into her dessert, Howard had to use hers. To rub salt into the wound, Howard’s custard was near perfect. However, Deborah did own up to what happened and Howard took credit for his tasty creation.

John mixes up salt and sugar

John Whaite won season three of “The Great British Baking Show.” His cake creations were phenomenal. However, that isn’t to say he was consistently great. During a technical, John and the rest of the bakers were asked to make four Rum Babas. These were dainty cakes, made with yeast with syrup on top.

While the presentation is pretty important to the judges, taste is king in the “Baking Show” tent. Getting your quantities and baking time right in the technical can be tough if you’ve never heard of what you’re supposed to be making. However, John totally missed the mark.

Instead of folding sugar into his sweet, sugary treat he accidentally laced it with salt. In judging Paul Hollywood didn’t hold back. After having a healthy mouthful he spat out the cake. Mary Berry didn’t even get so far as trying a bite. This was still super early on in the competition and, luckily for John, he went on to excel.

Danny drops his puddings on the floor

You’d think that the hardest part of the “Baking Show” challenges is getting your ingredients right, in the right quantities, and not burning your treats. However, in 2012, Danny proved you can’t take your eyes off the ball for one second.

During dessert week she’d decided to make a set of a banoffee pie and chocolate fondant puddings. Her challenge was going well, the judges liked the sound of her flavors, and she was on track to finish on time. That is until she had a disaster which doesn’t bear thinking about in the “Baking Show” tent. As she moved her chocolate fondant puddings, they slid off the tray. They didn’t just land all over the floor, they covered her trousers too. There was no saving her desserts and Danny knew she couldn’t serve what was left in the bottom of the dishes.

Making the best of her bad situation, she served four puddings, not six, and wore the evidence of what happened on her clothes.

For the unpracticed baker, using alternative ingredients can be a daunting prospect. Taking cream, butter, plain flour, and milk off the table can mean adapting recipes or totally changing them for new ones. However, this wasn’t too much of a worry for Ruby, who appeared on the show in 2018.

She had big plans for the presentation of her lemon, coconut, and chocolate cake. In a bid to challenge the bakers more, the judges announced that, in order to test their alternative recipes, they’d have to leave their bakes to sit in the tent over lunchtime. Ruby’s ginormous, two-tiered ombre creation was already going to be a little bit of a challenge for gravity to hold up.

However, the summer of 2018 was seriously hot and the tent absorbed and trapped the heat. This meant that, as Ruby finished building her cake and left for lunch, the bakers watched as her cake toppled to the floor. She managed to salvage it, serving Paul and Mary two separate cakes that looked like they’d seen better days.

This is the second time that Howard from Season 4 of “The Great British Baking Show” will appear on this list of failures, but not because of things he did to his bakes. “The Great British Baking Show’s” hosts are there to comfort contestants in the low and stressful moments and share their joys when they hit the mark. Rarely have the hosts played any part in the baking.

In Episode 2, the bakers were asked to make some classic English muffins. All of them set to work creating tasty buns that were crisp on the outside and soft and fluffy in the middle. Howard had taken his efforts out of the proving draw and was getting ready to put them in the oven. Spotting an opportunity to have a chat, host Sue Perkins approached his station and got comfortable. However, the pair soon realized that, as she lent on the side, Perkins had put her elbow on top of one of Howard’s super soft muffins. It was squished.

However, when it came to judging, Perkins told Paul and Mary that the reason why Howard’s muffins weren’t all uniform had something to do with her.